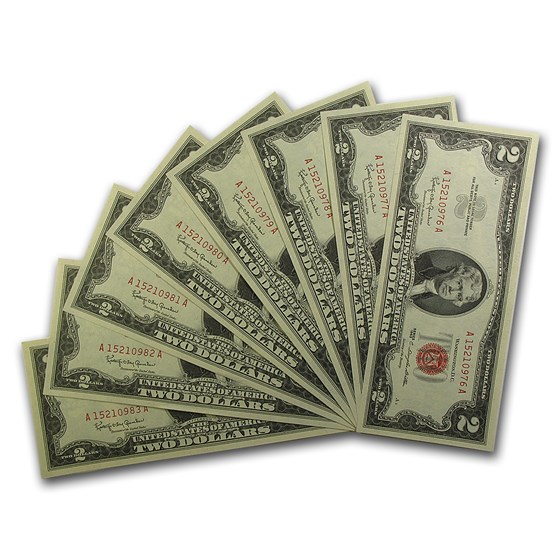 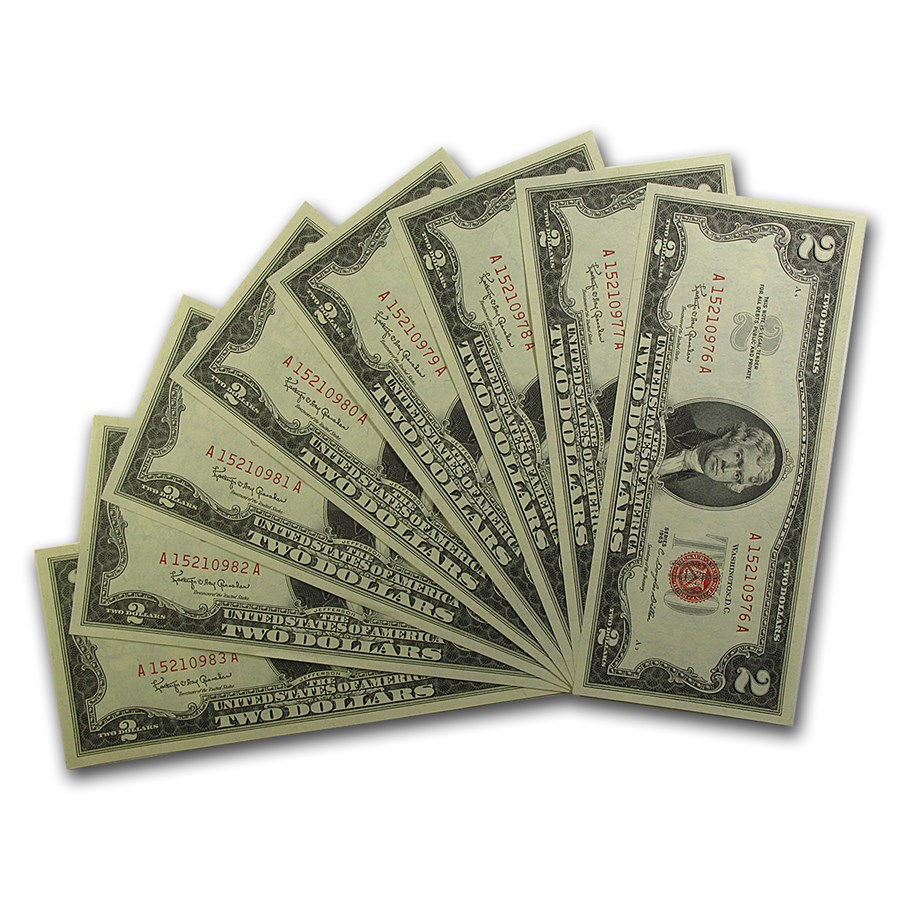 Product Details
Product Details
These 8 Consecutively Numbered Series 1963 $2 Legal Tender issues are a nice find and would be a nice addition to any currency collection!

Series 1963 $2 United States Notes were printed in fairly small numbers by today's standards, and they saw heavy usage until the type was discontinued in the 1960s. These like new $2 Red Seals are popular with collectors! This group of eight consecutively numbered notes has been kept together for over 50 years!