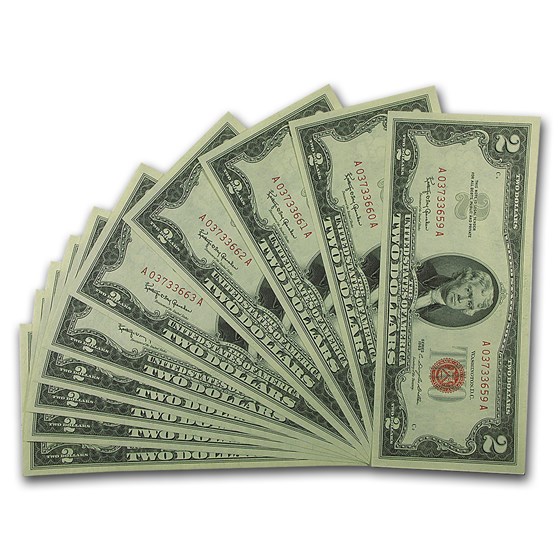 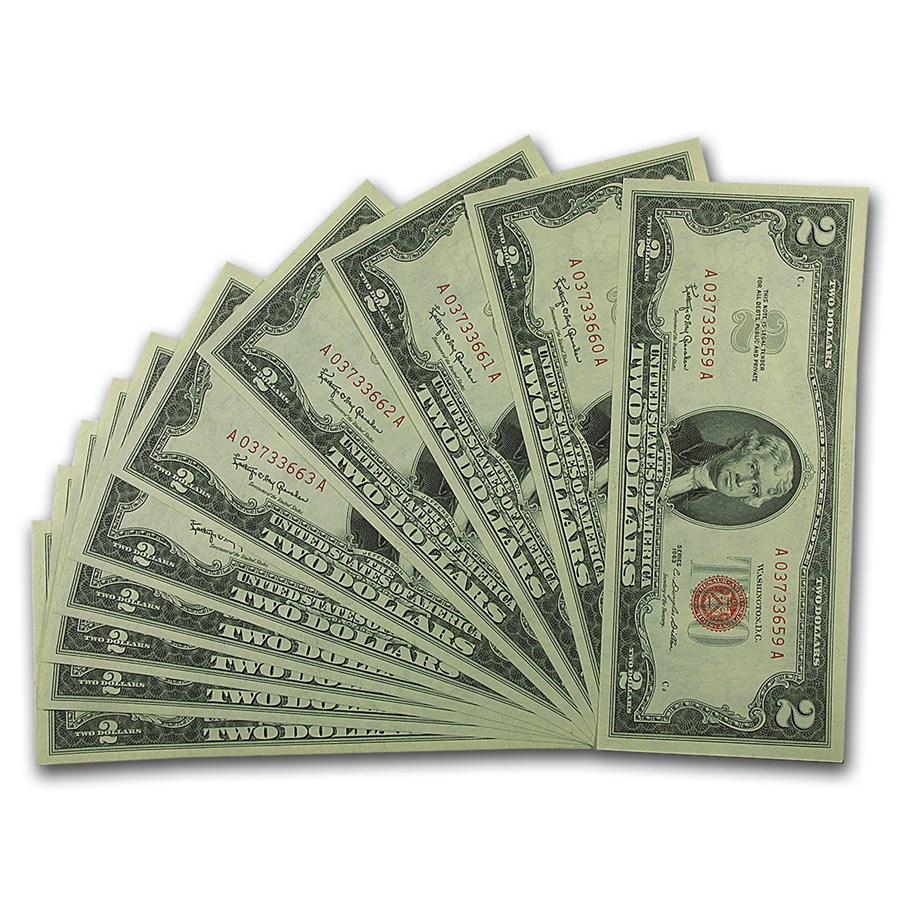 Your purchase is guaranteed to match the quality of the product shown. It will not be this exact item.
Product Details
Product Details
This is a group of 10 consecutively serial numbered notes with a few edge bumps from handling. This series had a limited issue of 15,360,000!

United States Notes were adopted for circulation during the Civil War in 1862 in denominations from $1 through $1,000. The $2 denomination remained when we switched over to small size notes in 1928 and continued until the early 1960s when the denomination was discontinued. The deuce was revived in 1976 as a Federal Reserve Note.