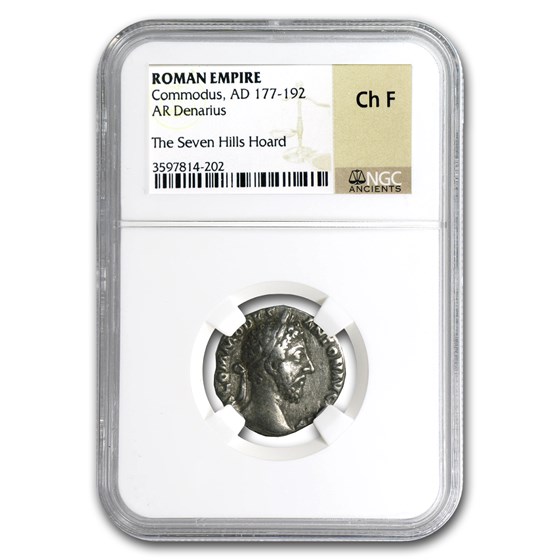 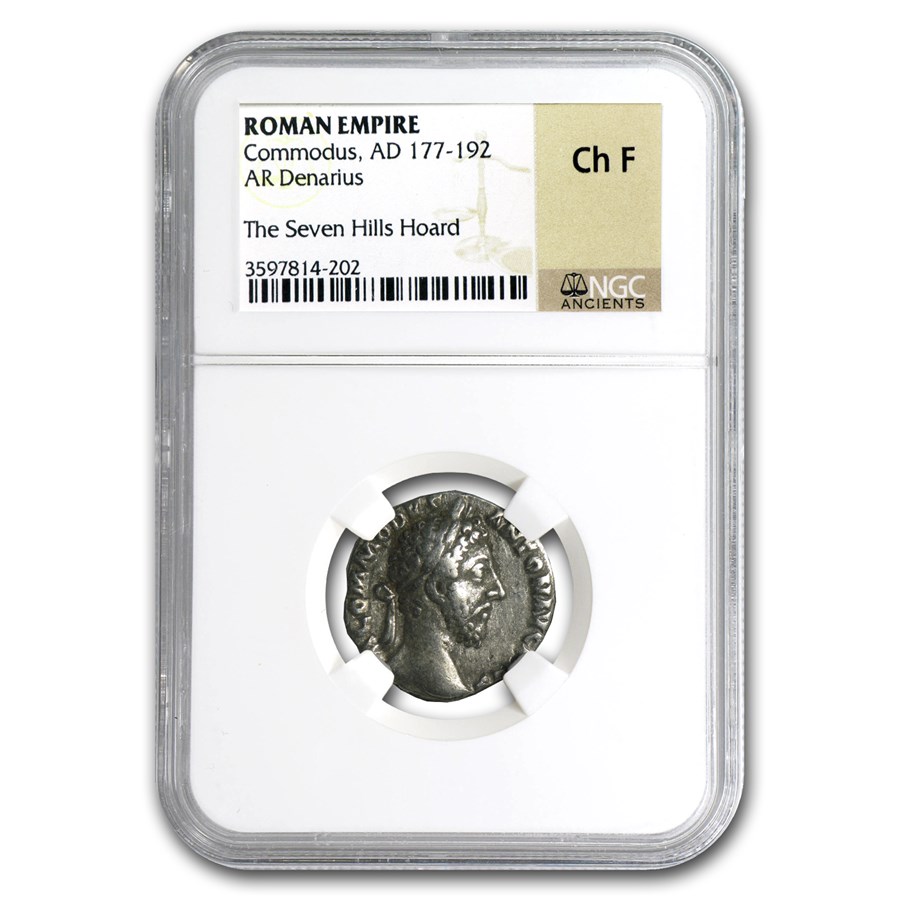 Certified Roman Silver!
This Silver Denarius was struck sometime during the reign of Emperor Commodus (177 - 192 AD). Commodus was the son of the Emperor Marcus Aurelius. He became insane and believed he was the reincarnation of Hercules, and was assassinated in 192 AD.