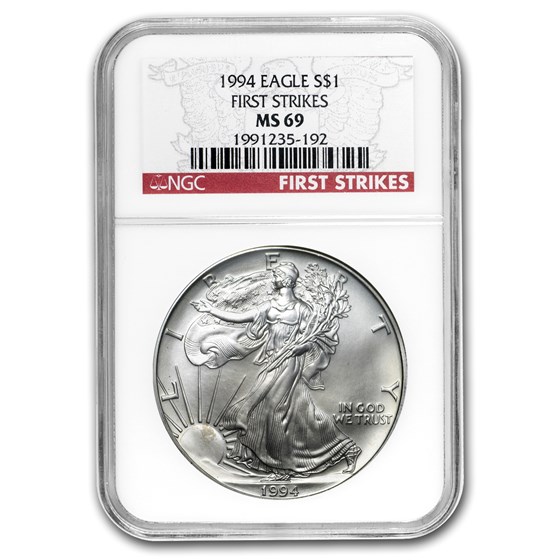 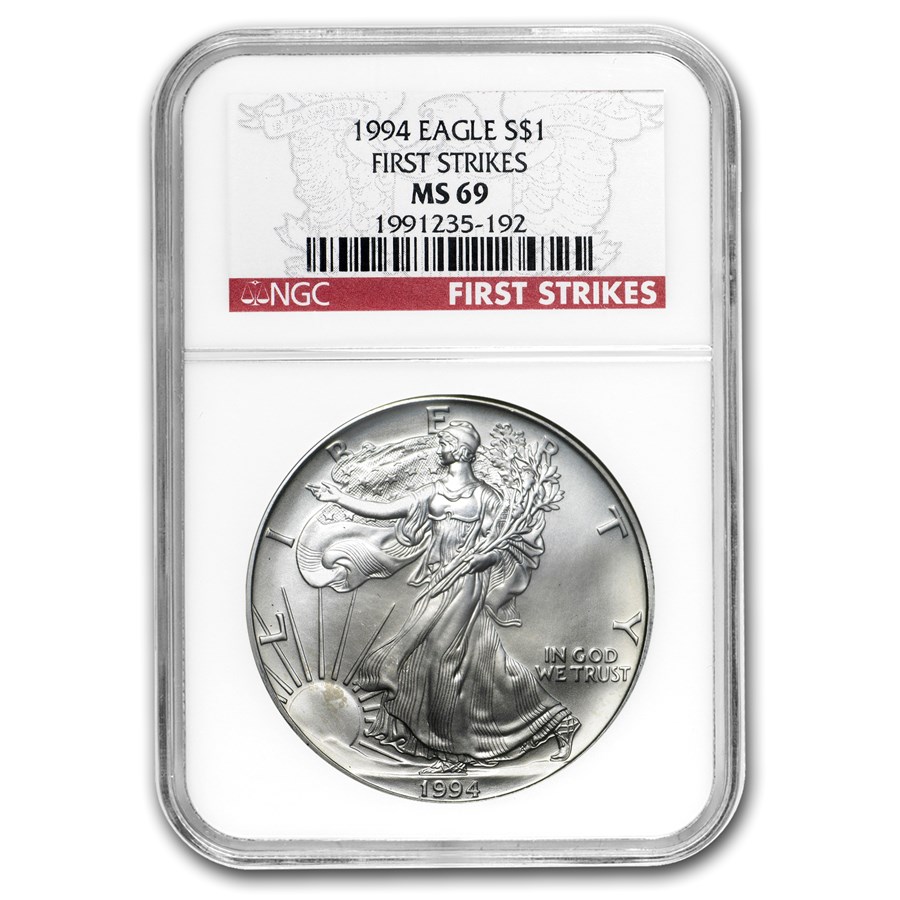 $21.77
As Low As
Product Details
Product Details
First Strike coins that precede the introduction of this designation are exceedingly scarce. This coin was submitted to NGC in a sealed monster box that had remained unopened since it was shipped from the mint in early 1994.


Protect and display your Silver Eagle in style by adding an attractive display or gift box to your order.

Don't miss the opportunity to add this scarce coin to your collection! Add the 1994 NGC MS-69 First Strikes Silver Eagle to your cart today!

For a brief period in 2005-6, NGC used the First Strikes designation to distinguish coins that were shipped from the mint with the first 30 days of their release, before switching to the current First/Early Releases designation in 2006. Silver Eagles dated before 2005 are eligible for the First Strikes designation only if they were submitted in this brief window, and were submitted in a sealed monster box with documentation linking that box to shipment within the first 30 days of their release. As a result, pre-2005 First Strikes NGC coins are exceptionally rare.