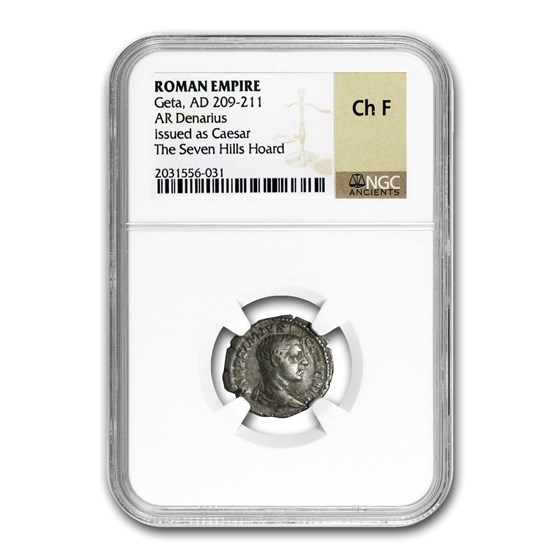 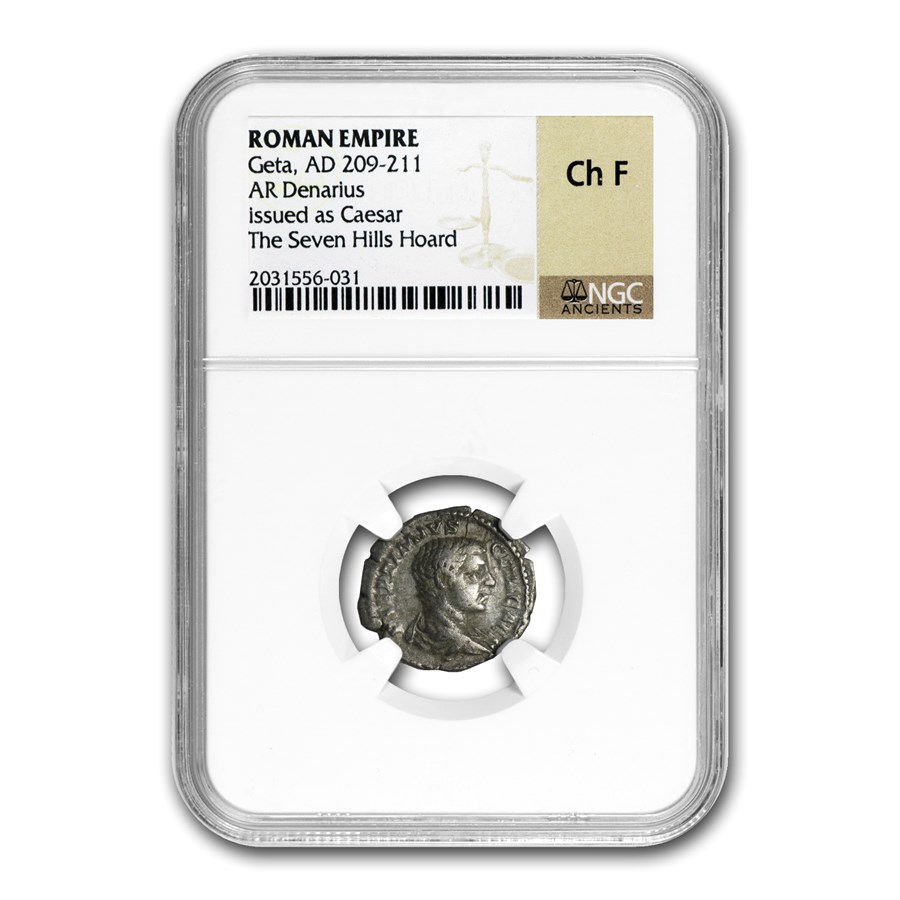 Certified Roman Silver!
This Silver Denarius of Geta as Caesar was struck during the brief time he was emperor (209-211 AD). He ruled jointly with his father (Septimus Severus), and older brother (Caracalla) until the latter ordered him killed. This example has been graded Choice Fine by NGC.

The obverse shows a right facing bust of young Geta as Caesar with the inscription "P SEPTIMIVS GETA CAES." The reverse shows Minerva standing, surrounded by the text "PONTIF COS."