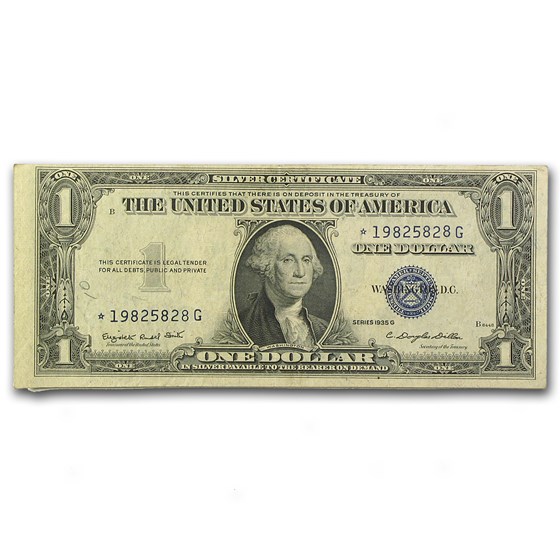 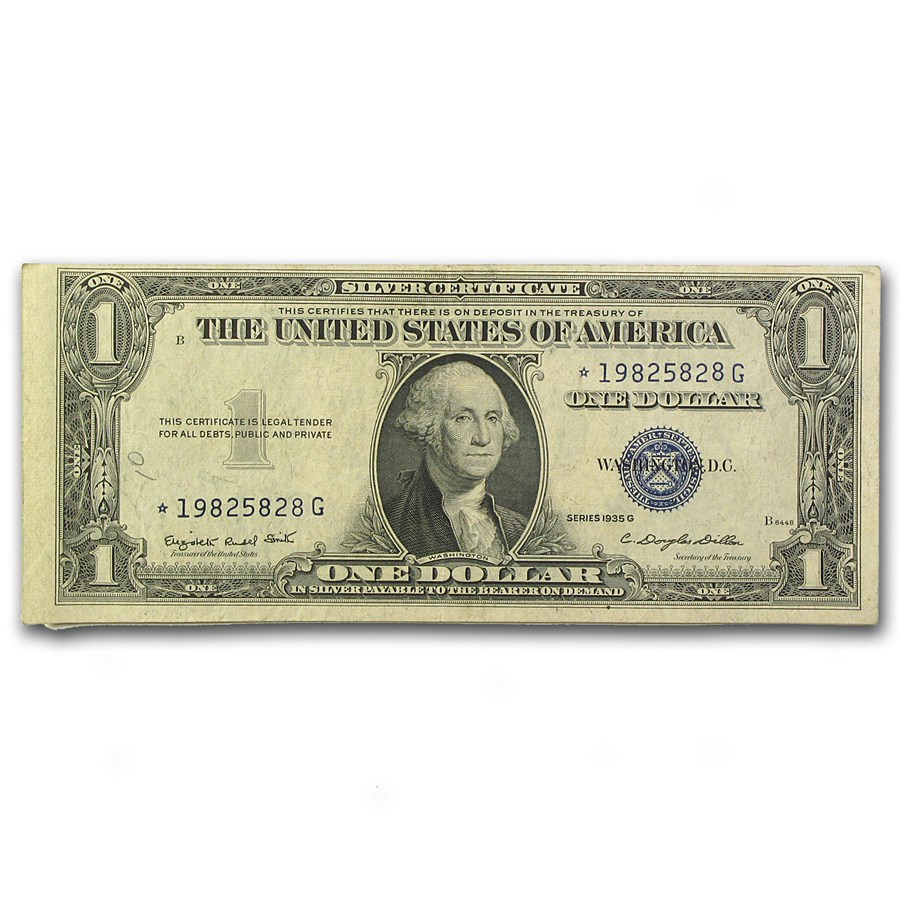 Product Details
Product Details
This $1 Silver Certificate is the first issue of U.S. paper currency to be issued with the motto "IN GOD WE TRUST". It is also a Star ★ Note!Just over 1 million notes printed.

Currency Highlights: Series 1935-G $1 Silver Certificates were the first type of U.S. paper money to be printed with the motto "IN GOD WE TRUST" on the back. The 84th Congress passed legislation in 1956 requiring all paper money printed after that time to have this motto. It was signed into law by President Eisenhower, and the first notes bearing the motto were released into circulation on October 1, 1957.

The 1935-G notes with the motto had a relatively small printing, and the Star ★ Notes are downright scarce! Just over 1 million of these examples were printed making them highly sought after by collectors. Add one of these great collector’s items to your cart today!