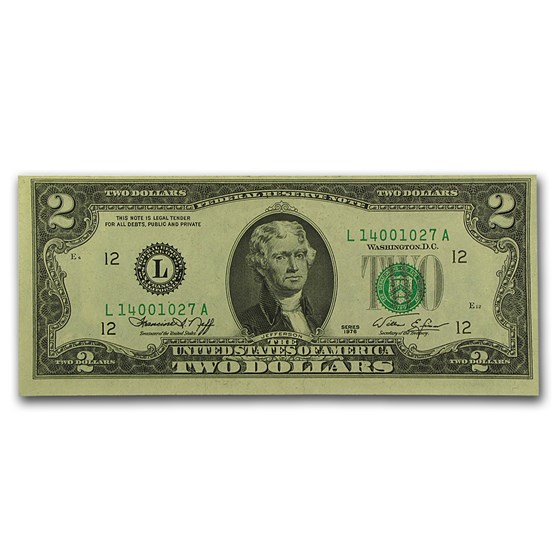 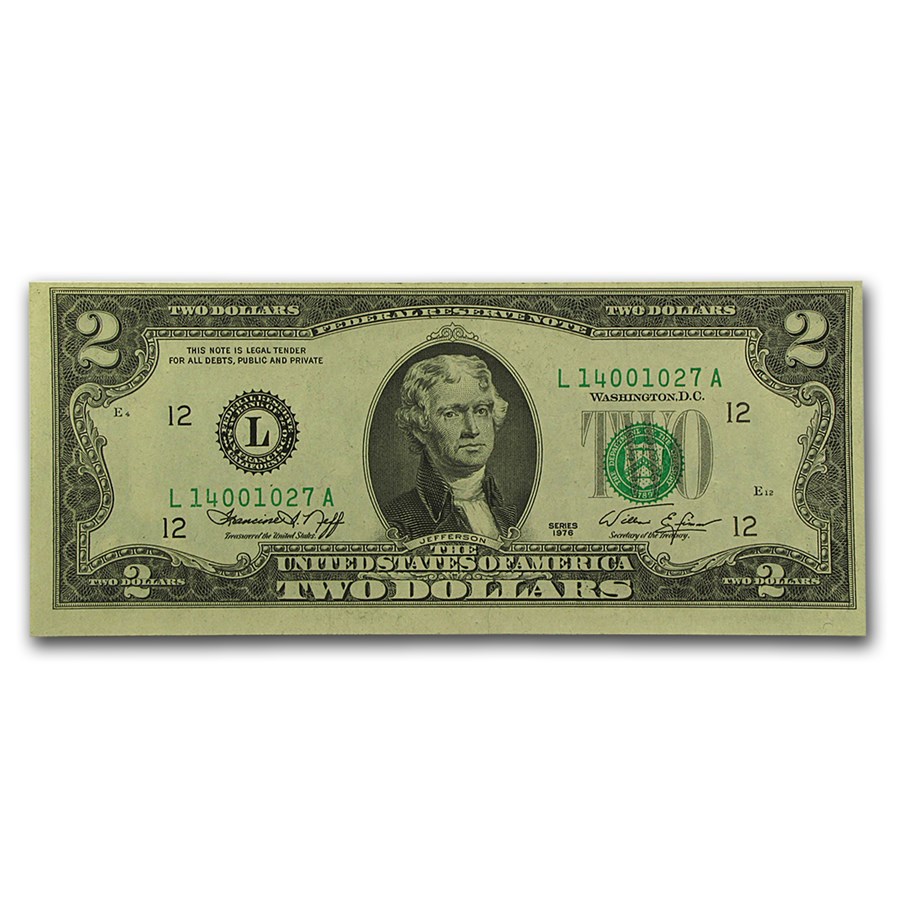 Series 1976 $2 FRN's were printed in fairly large numbers, but the San Francisco district can be elusive! Friedberg#1935-L.

I got caught up in the 1975-76 bicentennial celebration as a little kid. I thought the 1976 $2 bills were very cool and saw many of them pass through my young hands. As I've gotten older, $2 bills became rarer then hen's teeth. When I saw that APMEX had one available from the San Francisco mint, I ordered it immediately to start my collection of old $2 and $5 bills. The $2 bill I got wasn't printed on center. The front side is shifted to top and over to the right. The back side is shifted to the top and over to the left. These "errors" don't take away from the characteristic of this $2 bill.