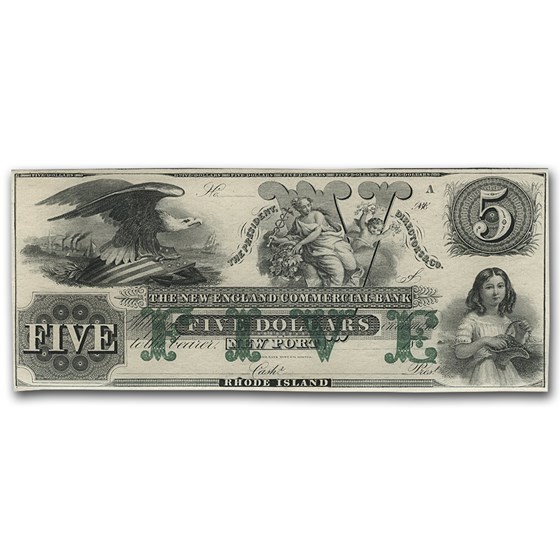 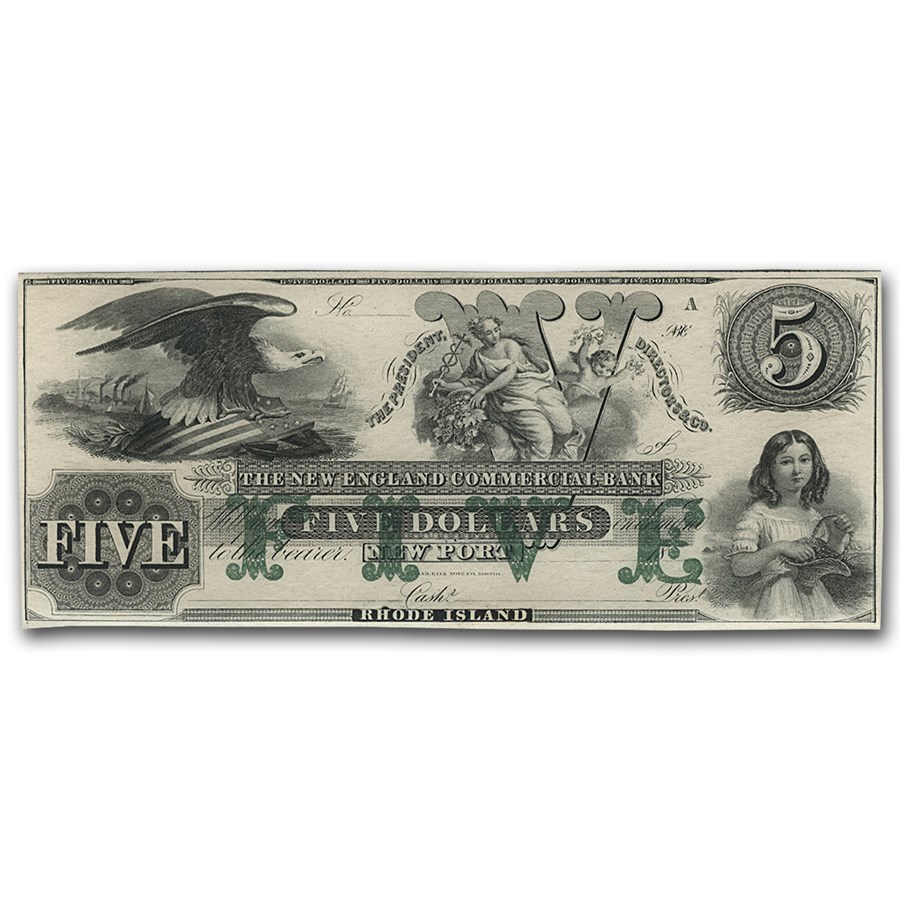 Product Details
Product Details
Cut from an original sheet, this note has very wide vertical margins. This $5.00 note was issued by the New England Commercial Bank of Newport, RI. Truly a well-executed note that is the epitome of the engraver's art.

Currency Highlights:
Protect your Currency by adding a protective currency holder to your order.