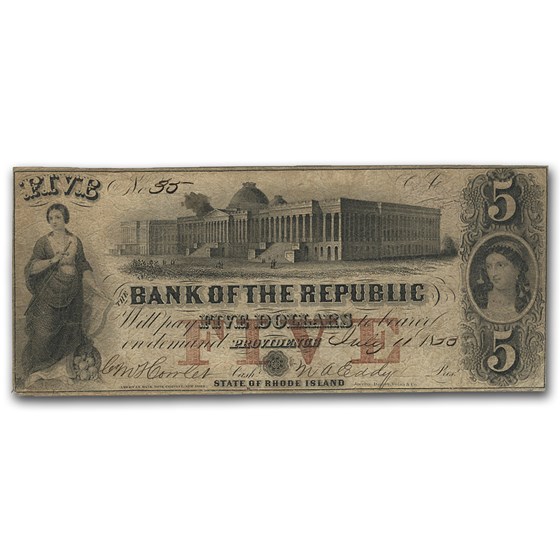 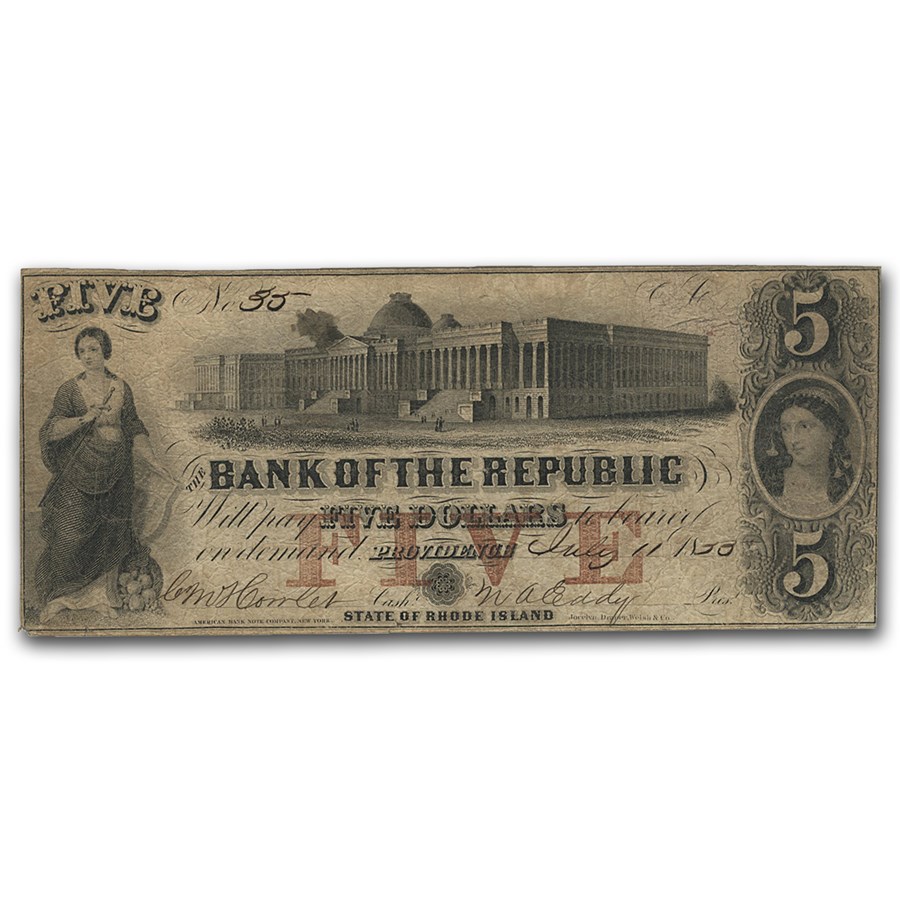 Product Details
Product Details
This $5.00 note was issued by the Bank of the Republic of Providence, RI. Great depiction in a central oval of an unfinished United States Capitol with a nice red " Five" overprinting on the back of this Note.

Currency Highlights:
Protect your Currency by adding a protective currency holder to your order.