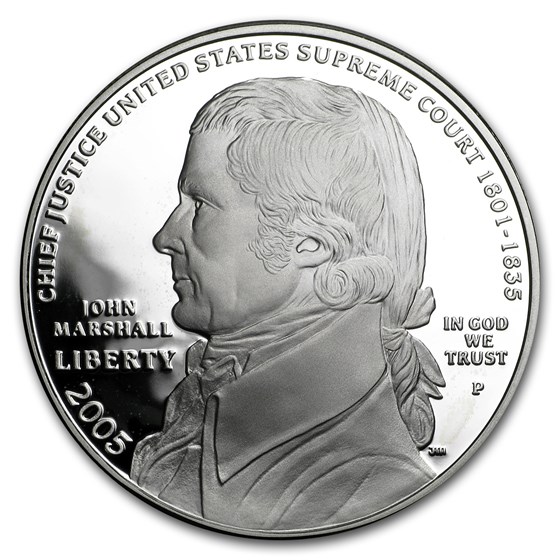 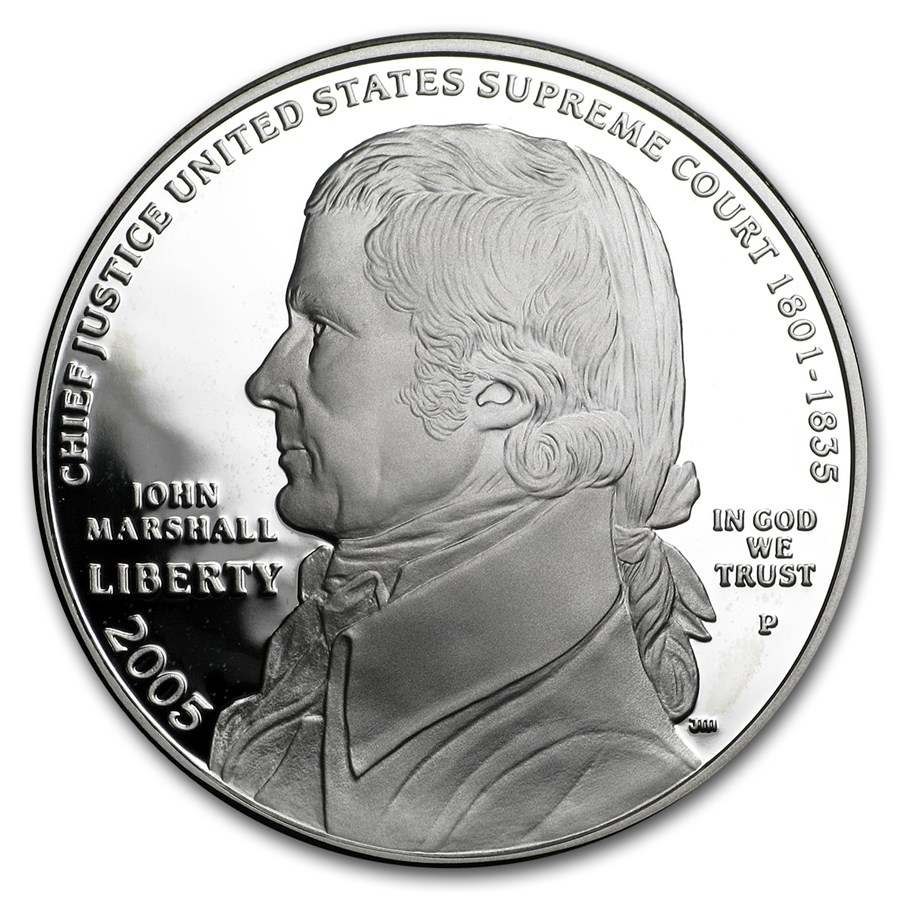 Coin Highlights:
Protect and display your Chief Justice Marshall Silver Proof coin in style by adding an attractive display or gift box to your order.

Chief Justice John Marshall served 34 years in that post in the U.S. Supreme Court. He was sworn in on February 4, 1801, he was the fourth chief justice.