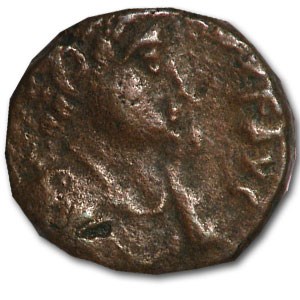 Constantius II was the second son of Constantine the Great. He ruled the Eastern part of the Empire after his fathers death. He was implicated (although not proven) to be responsible for the deaths of many of his uncles and cousins. In350 the usurper Magenentius killed Constans and was himself killed by Constantius II in353. Constantius II became sole Emperor in 353. Constantius II created two Caesars, Gallus in 351 Julian in 355. Constantinus II fought in campaigns in Persia and on the Danube.