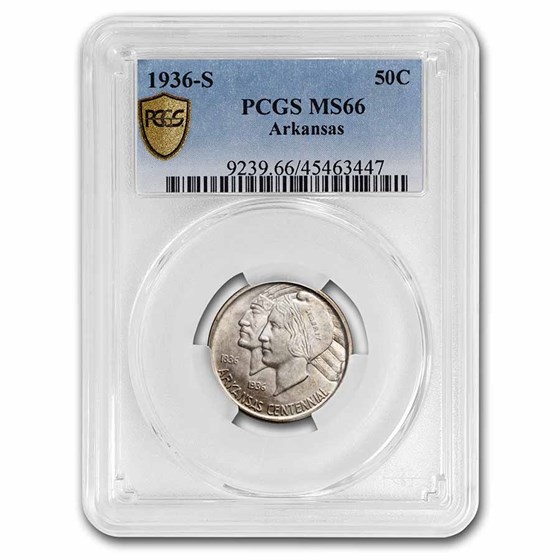 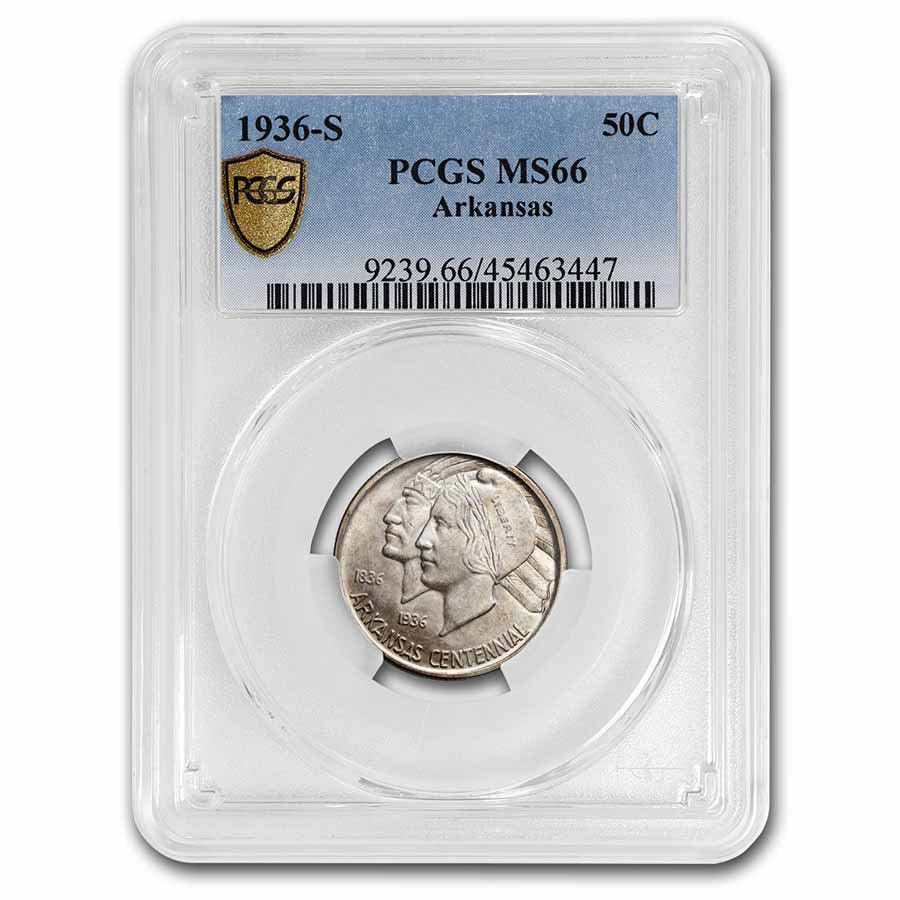 Product Details
Product Details
Beginning in 1935, the U.S. Mint produced this Silver Half Dollar coin to celebrate the 100th anniversary of Arkansas being admitted as a state. This issue has been graded an MS-66 by PCGS.

Add this certified 1936-S Arkansas Half Dollar to your cart today!

This coin commemorates the centennial of the admission of Arkansas to the Union. This is another commemorative half dollar where there is some confusion as to which side is the obverse and which is the reverse. This particular issue has very light original toning on both sides a features a very low original mintage of 9,662 pieces.