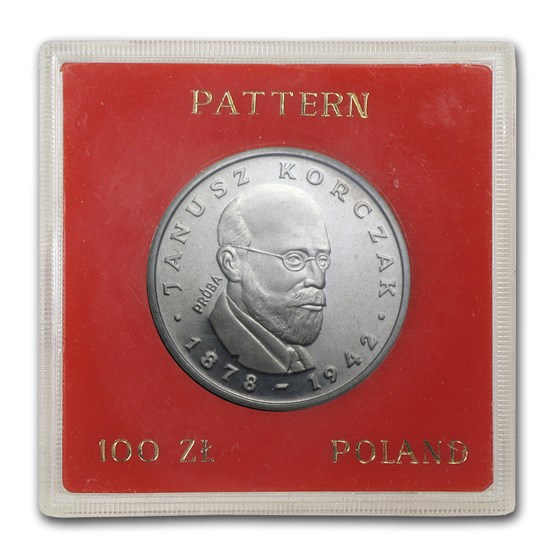 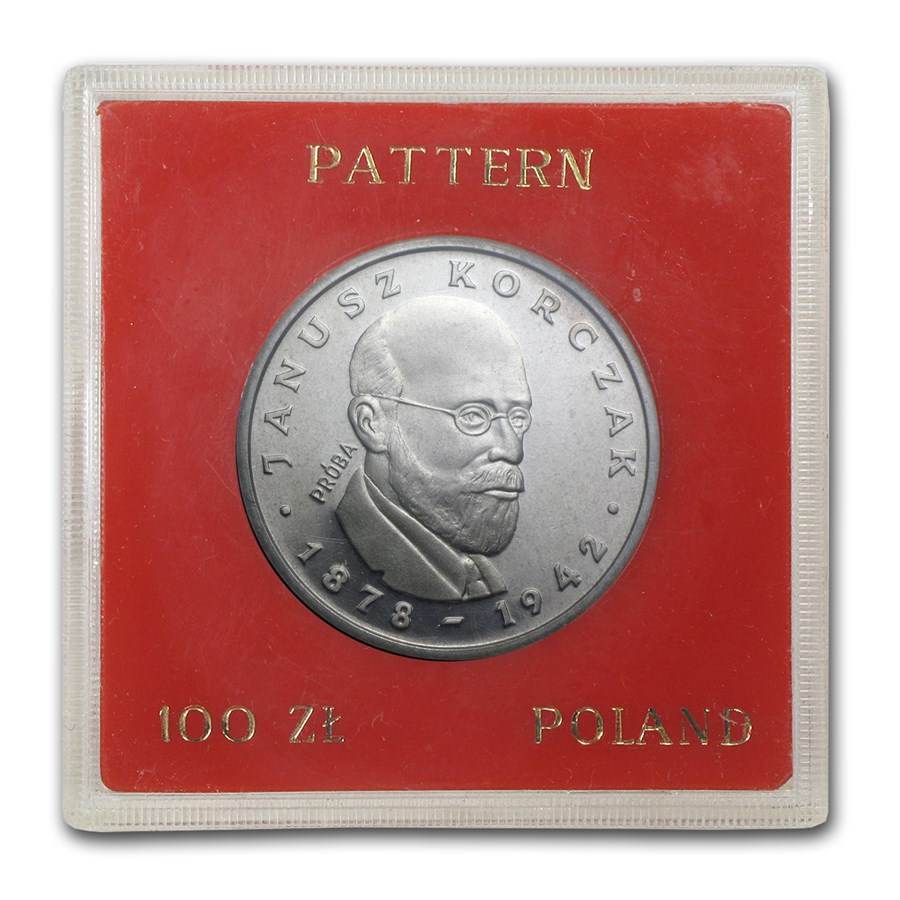 This coin was issued by Poland in 1978 to commemorate the 100th anniversary of the birth of Janusz Korczak, Polish educator and doctor. This coin however, was not a regular issue but a Proba, which is similar to a Pattern. In Poland these rejected designs were struck in fairly large numbers for sale to collectors. These are seldom seen outside of Europe.
The design depicted on the reverse is a stylized Olympic skier. The Polish eagle along with legend and denomination are found on the obverse. Silver content is .3336 of an ounce. Original mintage is just 3,100. Listed in Krause as Pr335.