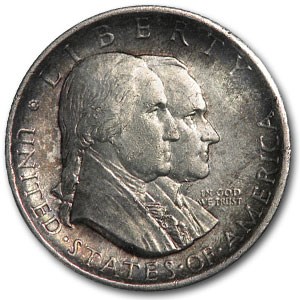 Coin Highlights:
Protect and display your Sesquicentennial of American Independence Commemorative Half Dollar by adding a protective display box to your order.

Issued to commemorate the 150th anniversary of the signing of the Declaration of Independence. Designed by John R Sinnock who also designed the Franklin Half Dollar and the Roosevelt Dime. This was the first time a portrait of a president appeared on a coin during his own lifetime. This coin will make an excellent addition to any collection. Add this historical Half Dollar to your cart today!