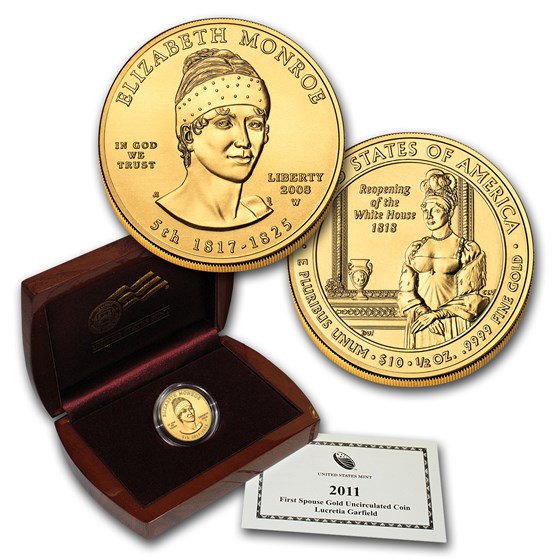 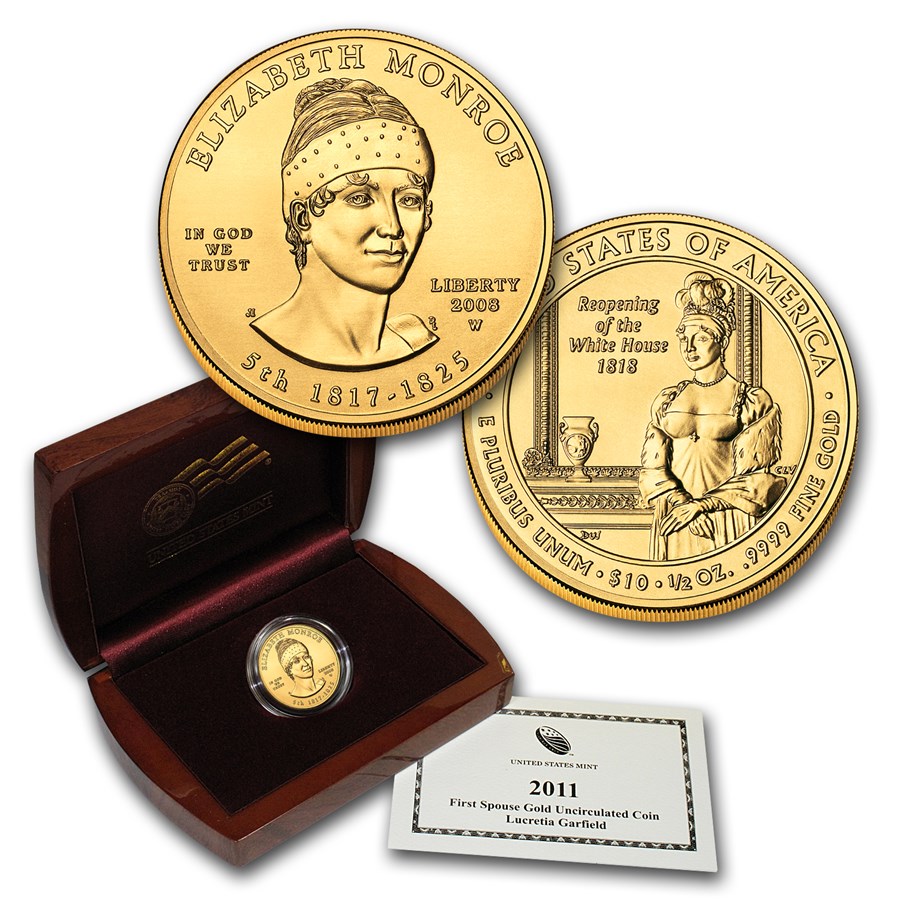 Product Details
Product Details
Mintage of just 4,519 coins! First Ladies have made many contributions to their husband's presidency. This First Spouse coin pays tribute to the accomplishments of the beloved Elizabeth Monroe.

Coin Highlights:
This series of coins honors Presidential First Ladies who have added so much to our country. Add this 1/2 oz Elizabeth Monroe Gold coin to your cart today!

Elizabeth Kortright was born in New York City in 1768 and married James Monroe at age 17. The family made their home in Virginia, but spent several years overseas while James Madison served as U.S. Foreign Minister to Great Britain, France, and Spain. She became a popular figure in France, where she was affectionately called la belle Americane because of her beauty and style.