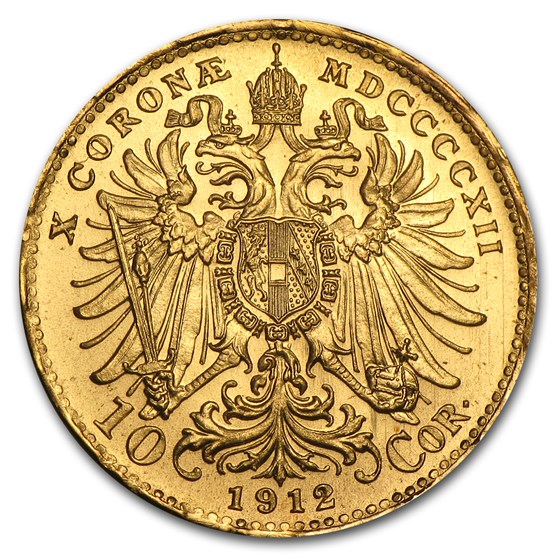 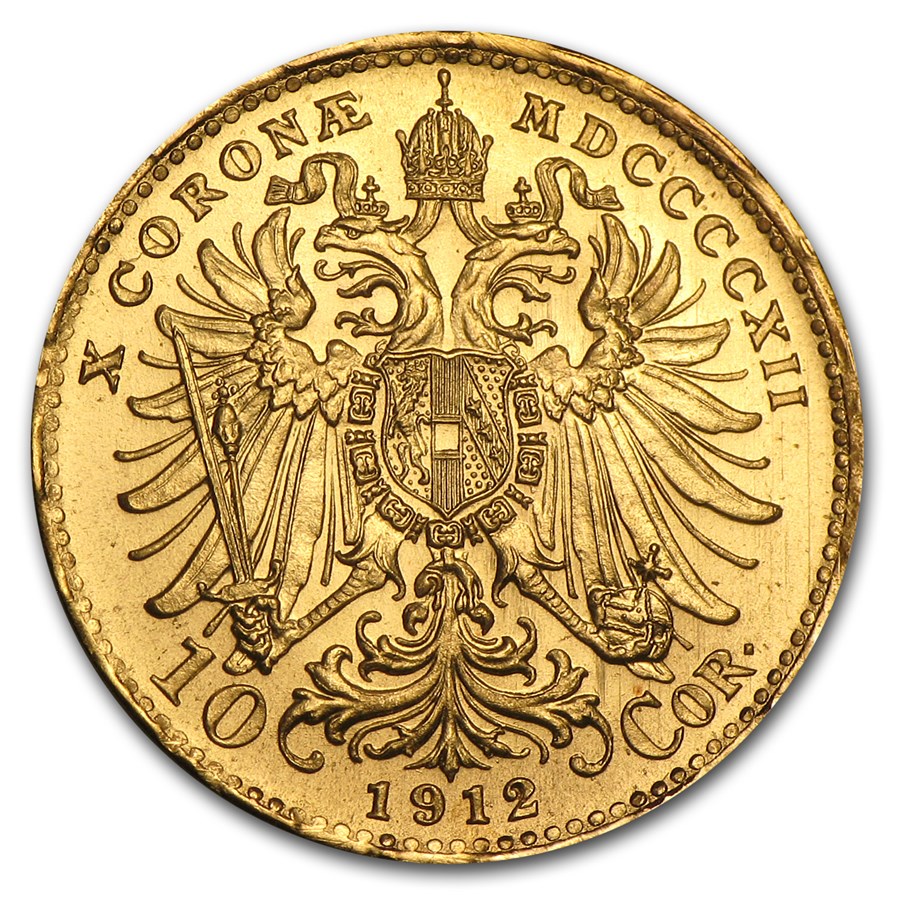 Product Details
Product Details
The coins in this listing will be 1912 dated re-strikes, and they will be in Almost Uncirculated condition. Get the same design as on the 100 Corona, but at a tenth of the price!

Coin Highlights:
Protect your Gold 10 Corona coin in style by adding an attractive display box to your order.

This stunning Gold bullion coin is very popular for its Gold content and classic design. Add some of these Austrian 10 Corona coins to your cart today!

Gold 10 Coronas were first issued by the Austro-Hungarian empire in 1892 following that year's coinage reform. The last issue of the 10 Corona for circulation was in 1911 during the last years of the reign of Franz Joseph I, just prior to World War I when Gold coinage production ceased.

Although the 1912 Austria 10 Coronas contain less quantities of gold per diameter, due to thinner thickness they are very attractive in an old style design. These restrikes are very clear and really stand out with proof like clarity over other vintage foreign coins.

AU coin at a reasonable price

The coin was a 1912 restrike in AU condition. Reasonable premium for a fractional coin. I would buy more at this price