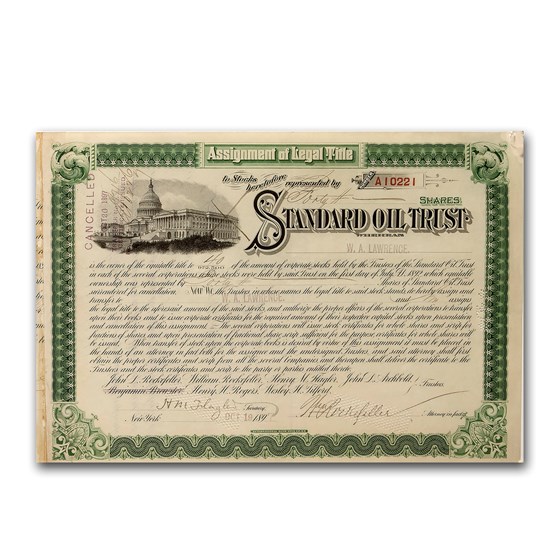 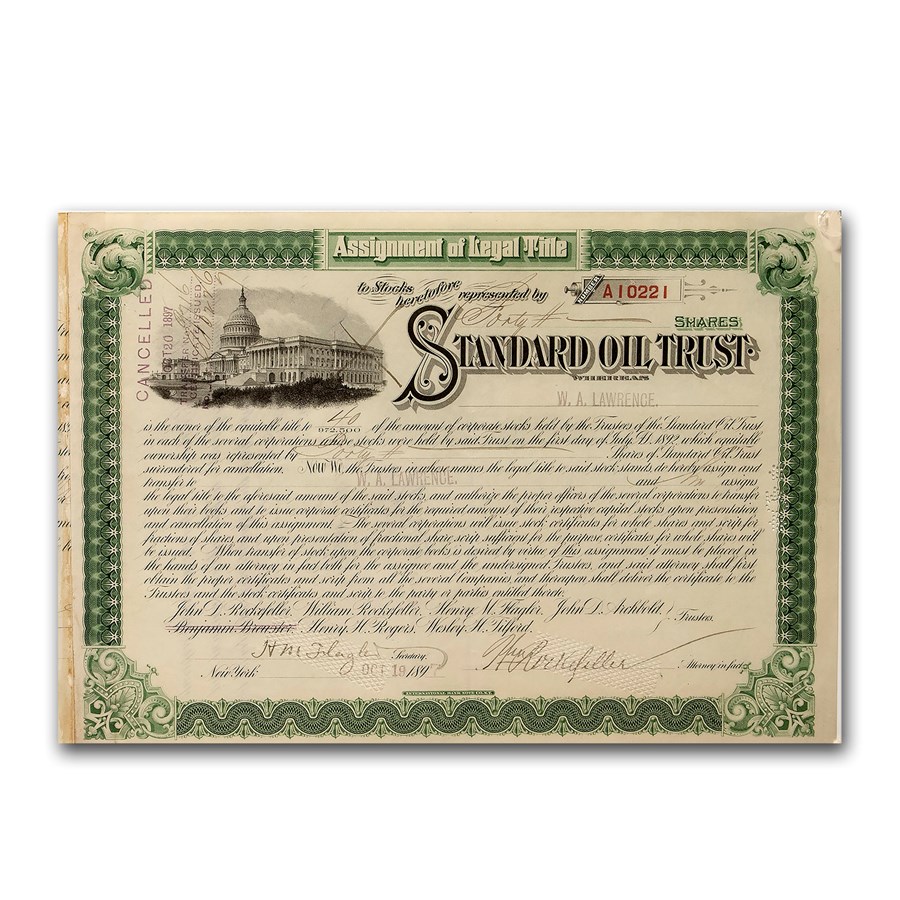 Product Details
Product Details
This certificate is from Standard Oil, the titan of the oil industry for decades until it was deemed an illegal monopoly by the United States government. Signed on the front by William Rockefeller, brother of John, and Henry Flagler.

William Rockefeller (1841-1922), Financier, Industrialist. Brother of John D. Rockefeller whom he assisted in his oil operations, managing Standard Oil export selling functions in New York. An able salesman and commercial diplomat, he was active in bringing Henry H. Rogers, Charles Pratt and others into the Standard Oil mergers and later, in association with Rogers and with James Stillman, carried on a number of adventurous speculations in Wall Street securities. Chief of these was the Amalgamated Copper Deal, Post 1911 and the dissolution of the Standard Oil Trust.

Extremely Rare 100 Share certificate dated 1890's with William Rockefeller signing as Attorney in Fact. Henry M. Flagler, the brains of the Trust and also responsible for much of the development of Florida's East coast, signs as Secretary of the Trust. Both signatures are at front and bold. A rare certificate in great condition!