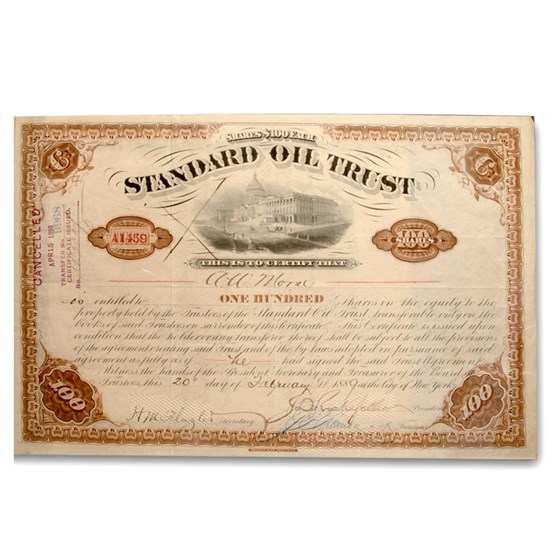 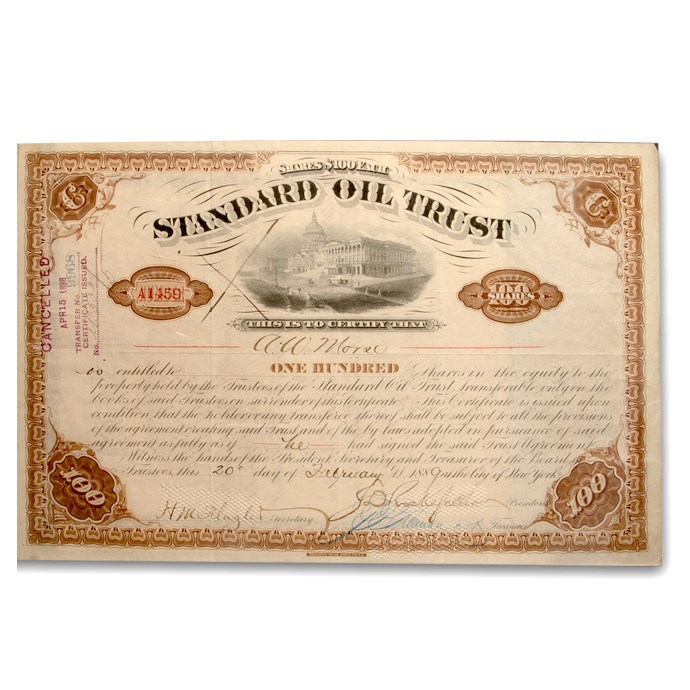 Product Details
Product Details
Stock from Standard Oil Trust circa 1880's. Great vignette of the US Capitol building. Personally signed by John D. Rockefeller and Henry M. Flagler, this is an exceptional stock certificate for the truly discerning individual.

An able salesman and commercial diplomat, Flagler was active in bringing Henry H. Rogers, Charles Pratt and others into the Standard Oil mergers and later, in association with Rogers and with James Stillman, carried on a number of adventurous speculations in Wall Street securities. Chief of these was the Amalgamated Copper Deal, Post 1911 and the dissolution of the Standard Oil Trust. Extremely Rare certificate dated 1889 with John D. Rockefeller signing as President. Henry M. Flagler as secretary. Flagler was the brains of the Trust. Both signatures are at front and bold.