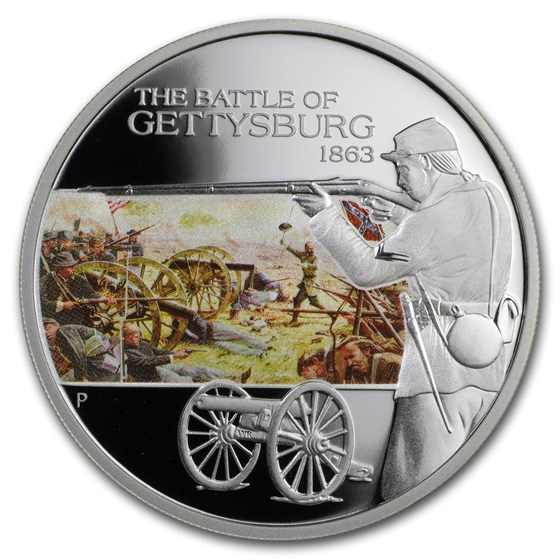 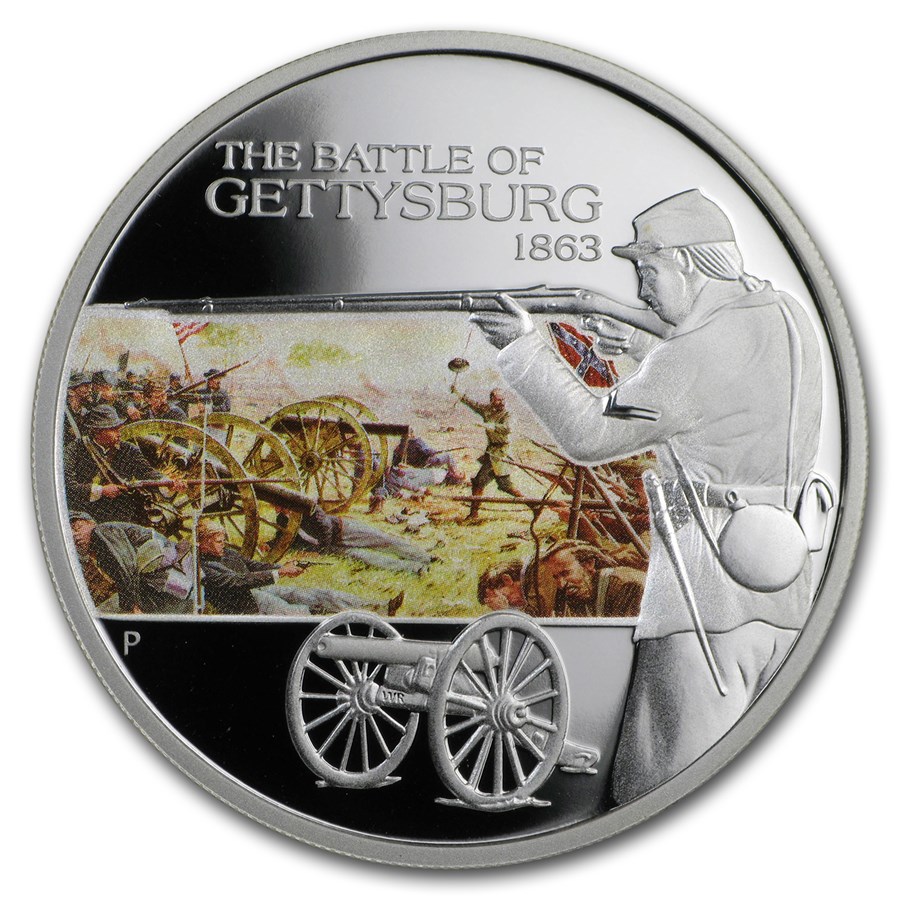 Mintage of only 5,000 coins!
This Silver coin is the final release in a five-coin series.
This Battle of Gettysburg coin features a colorized representation, by artist Dale Gallon, of the final day’s battle at Gettysburg between Union and Confederacy troops. Struck elements of the design portray a Union soldier and a cannon. The Raphael Maklouf likeness of Her Majesty Queen Elizabeth II and the monetary denomination are shown on the obverse. Each coin is housed in a presentation display case and superbly illustrated shipper and comes with a numbered CoA.

The Battle of Gettysburg marked the historic turning point in the American Civil War. Over three days, Union forces under the command of General George Meade repulsed the Confederate army led by General Robert E Lee, turning the course of the war in favor of the North. Four-and-a-half months later, President Abraham Lincoln delivered one of the greatest addresses in American history on the Gettysburg field where more than 7,600 troops had died.

This is the ultimate must have set for you warrior history buffs. I love all the coins, but my favorite is hastings. First and last coins sell for the most? The artwork is very detailed.

Great coin.....most famous American battle, looks great! And, it's sure to gain in value given the low mintage.