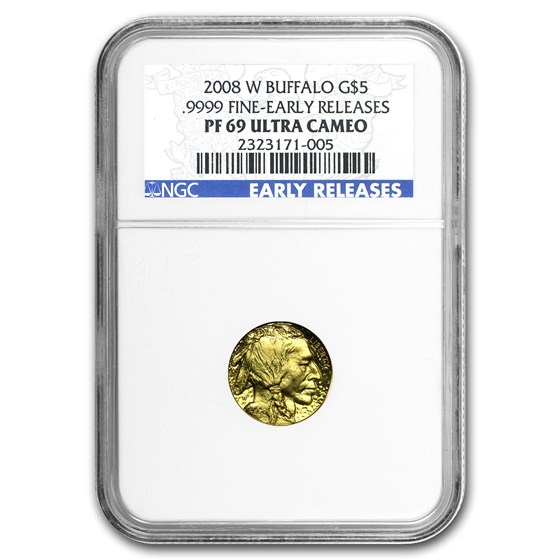 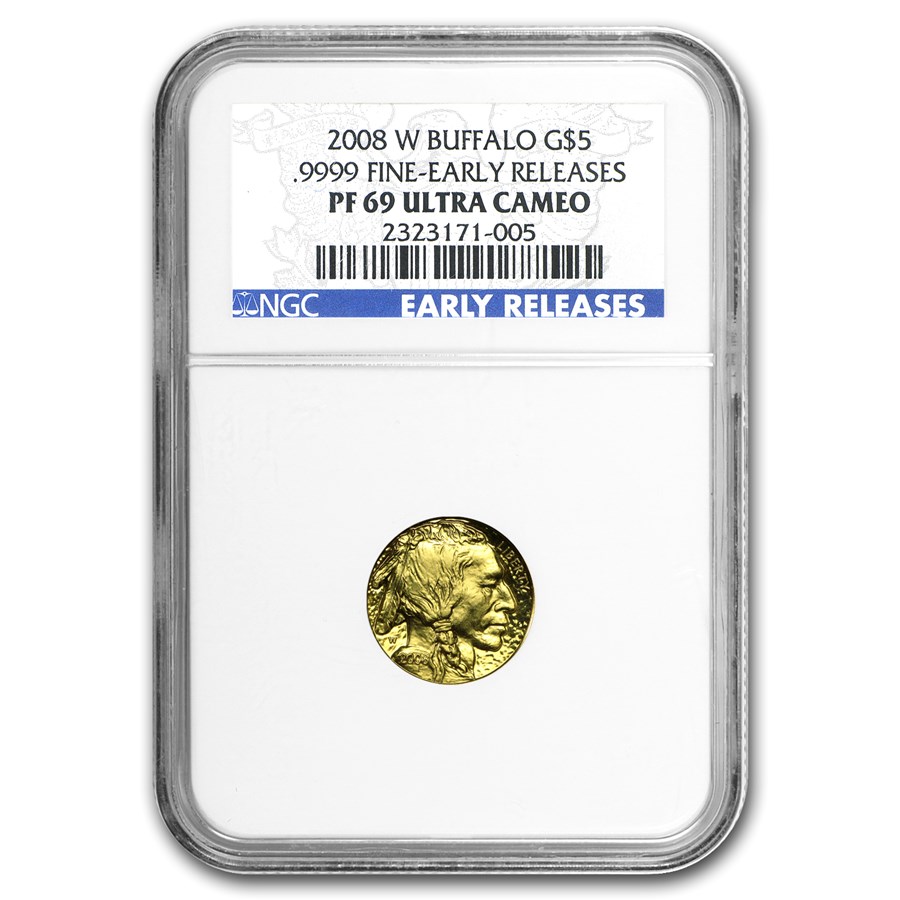 $1,914.89
As Low As
Product Details
Product Details
First issued in 2006, the American Gold Buffalo immediately demanded a place among the world's elite bullion coins. 2008 was the only year that fractional Buffalos were minted adding to the collectibility of this issue!

Coin Highlights:
Display your Gold Buffalo in style by adding an attractive presentation box to your order.

Gold American Buffalos are the most popular Gold coin in the United States for their iconic, classic designs. Add this 2008-W 1/10 oz Gold Buffalo to your cart today!