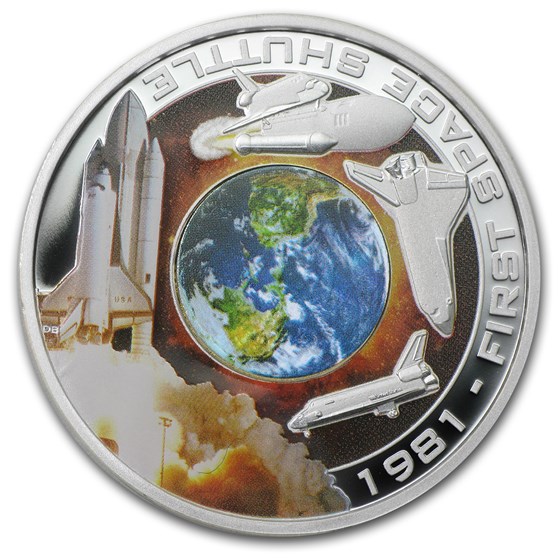 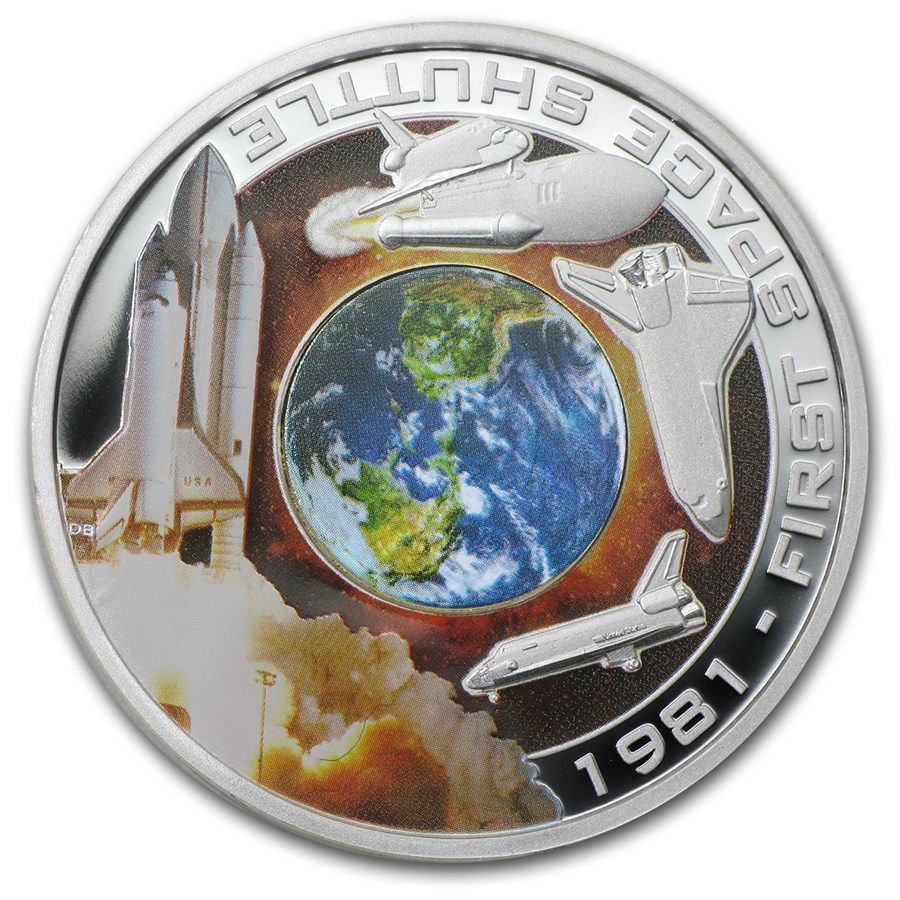 Mintage of only 25,000 coins!
Final release in the five-coin Orbit & Beyond Series.
This Silver coin features a montage of images symbolizing a Space Shuttle launching into orbit also includes the border inscription 1981 - FIRST SPACE SHUTTLE, ‘orbits’ around a colored image of Earth. The Raphael Maklouf likeness of Her Majesty Queen Elizabeth II and the monetary denomination are shown on the obverse.
Each coin is housed in an elliptical-shaped Silver display case. The case comes in a blue box-shipper depicting a Shuttle blast-off. The coin is accompanied by a numbered CoA.
As NASA’s first re-useable launch vehicle, Columbia heralded the start of a new era in space exploration. The revolutionary craft took off from Kennedy Space Center, Florida, on 12 April 1981, with Commander John W. Young and Pilot Robert L. Crippen at the controls. Completing 37 Earth orbits during its 1,074,567 mile flight, Columbia glided back to Earth and landed at Edwards Air Force Base, California on 14 April.
Unsure how to buy Silver? APMEX makes buying Silver online easy with a wide selection of Silver for sale. Call our Account Managers today to get started buying Silver!