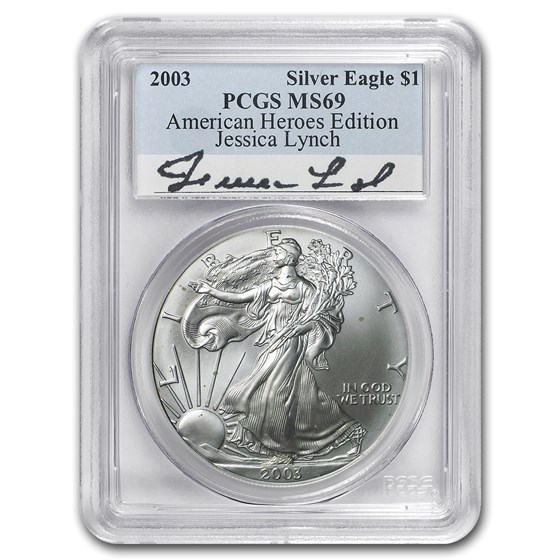 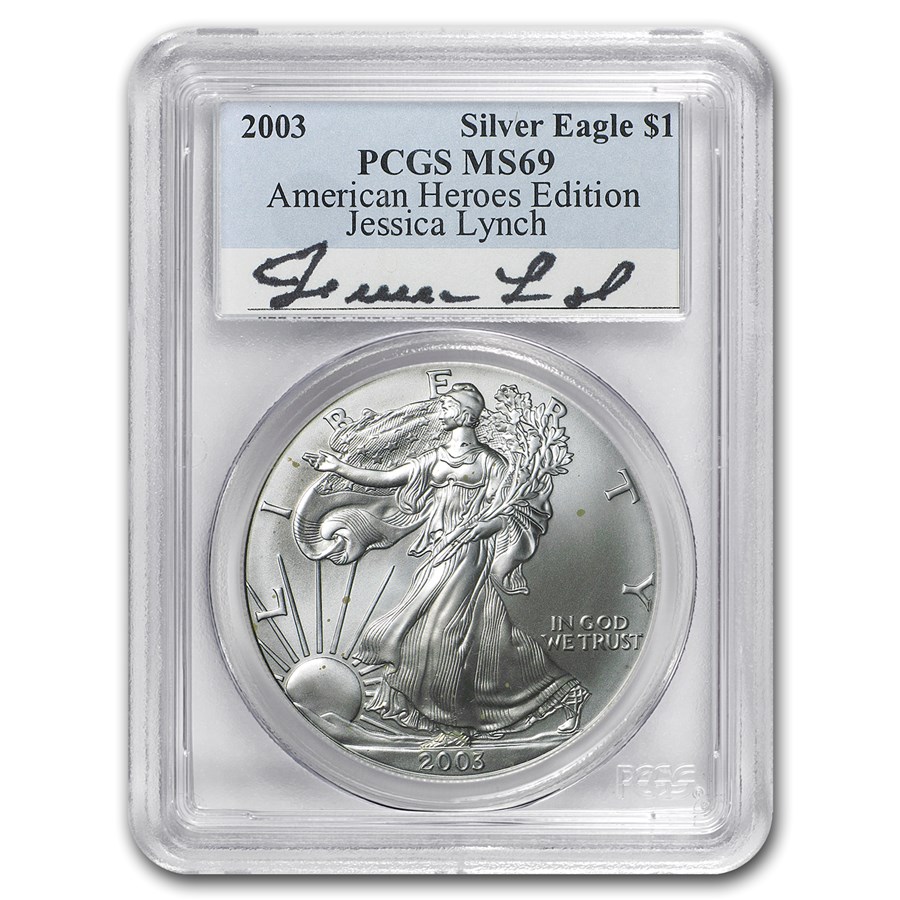 Signed by a Hero!

Lynch is among the people who participated in a series of PCGS certified autographed coins. Lynch is a former United States Army Private First Class whose rescue from behind enemy lines on April 1, 2003, made international headlines. Her signature on PCGS inserts for graded coins reflects a symbolic message of American liberty and freedom, and celebrates those who fight to maintain that freedom.