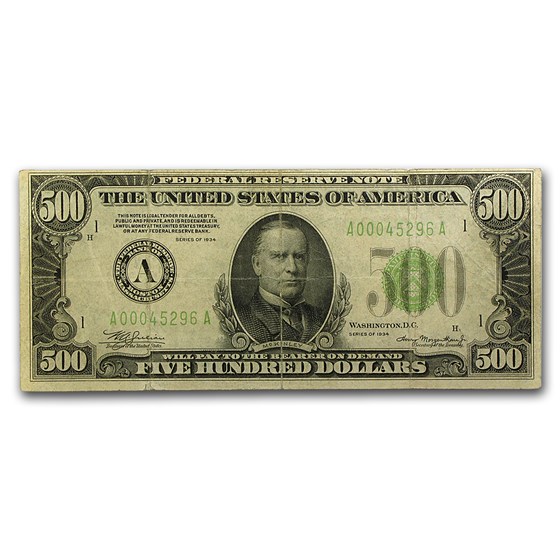 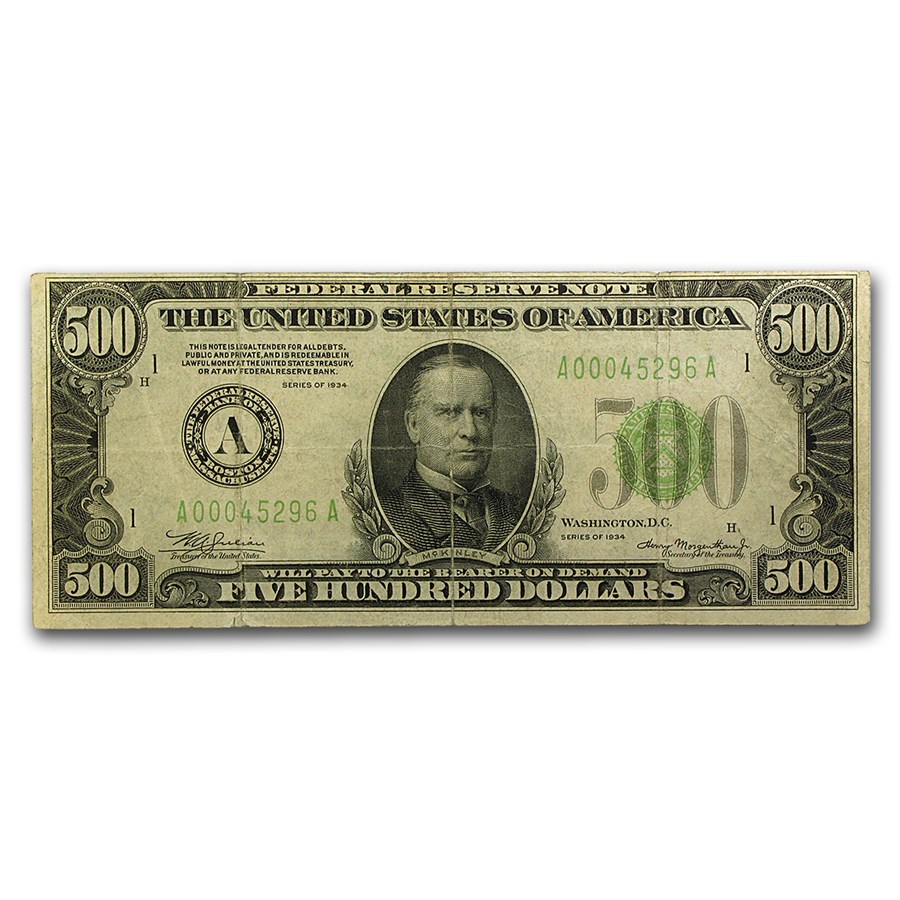 Product Details
Product Details
Here is a well circulated and written on example of a series 1934 $500 Federal Reserve Note from the tough Boston district.