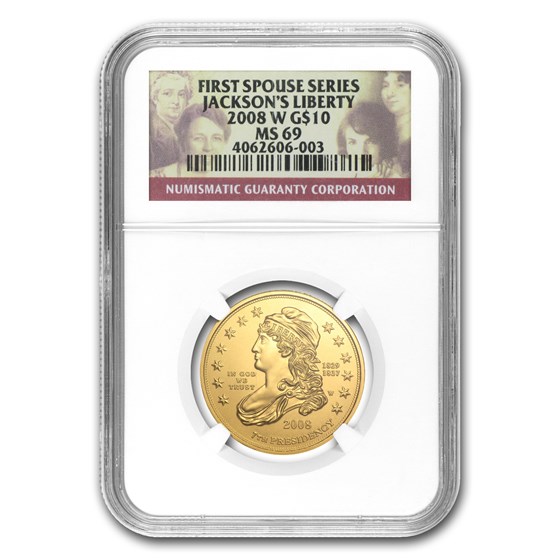 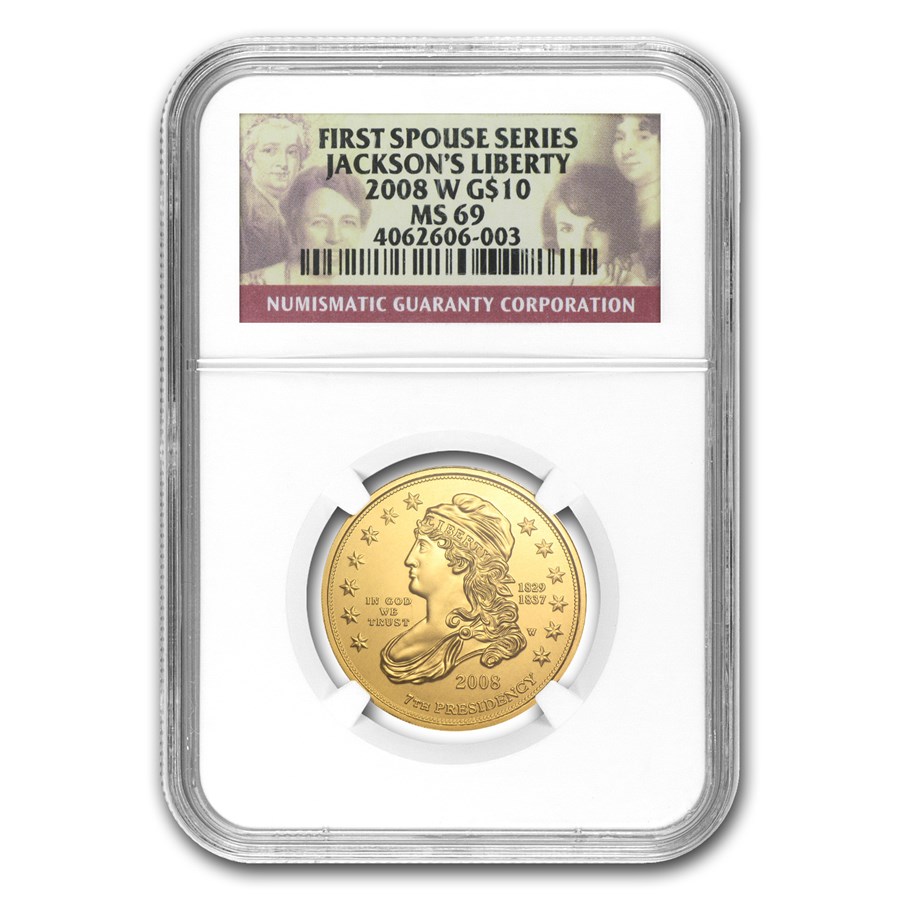 Andrew Jackson married his wife, Rachel in 1793. They were married for 34 years. Rachel died in December before her husband took office the following January. She was buried in the gown she meant to wear at her husband's inauguration.

This Liberty is a rendition of the one used on the Capped Bust, Lettered Edge Half-Dollar minted from 1807 to 1836 (during Jackson’s Presidency), designed and sculpted by John Reich. The reverse contains an image of a mounted Jackson as he led his troops to victory over the British at the Battle of New Orleans. It was designed by Justin Kunz and sculpted by Don Everhart.