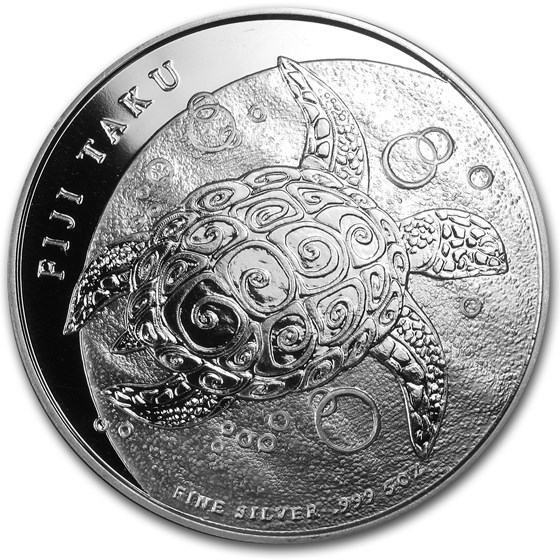 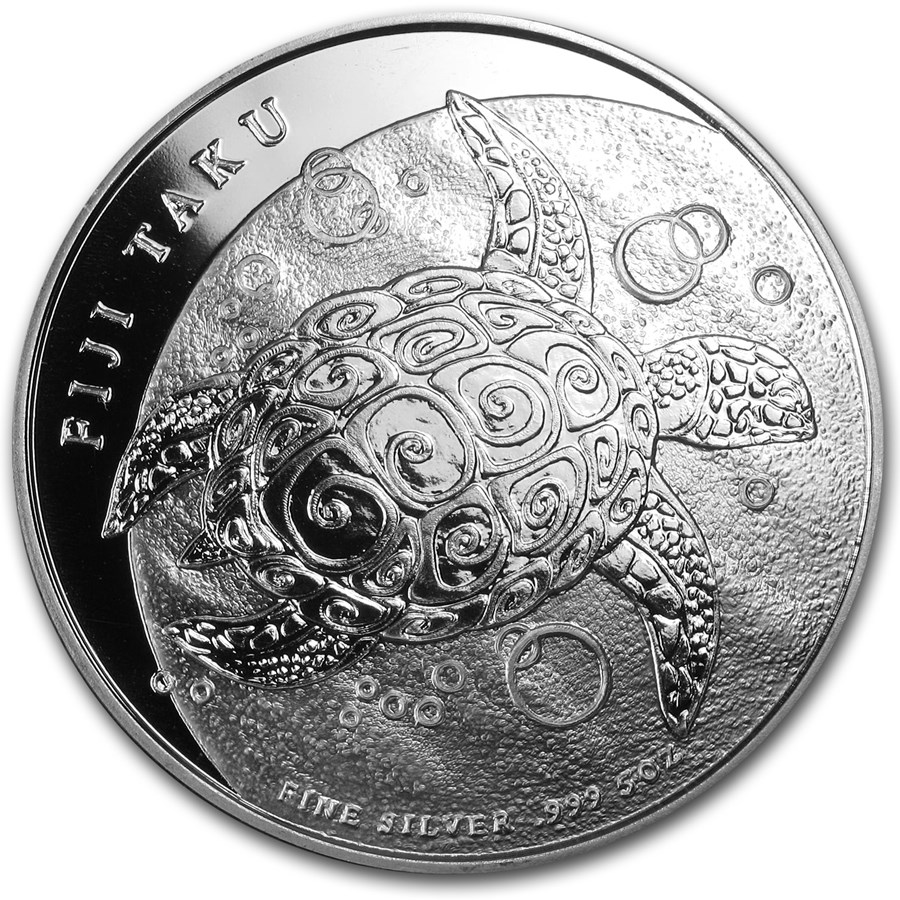 $29.50
As Low As
Product Details
Product Details
The Taku coin combines the appeal of 5 oz of pure Silver with an elegant design that captures the beauty of the ocean! Nearly 3,000 of these critically endangered Takus (Hawksbill turtles) call the island nation of Fiji their home.

Coin Highlights:
Protect your Silver Taku coin by adding an attractive presentation box to your order.

With a sleek design and low mintages for bullion, these coins tend to move very quickly. Add this 2011 Hawksbill Turtle to your cart today!

I have been waiting for this coin to become available for awhile. Once I received the alert.. I had to purchase it! Get them while it's available, this is an amazing coin and a great addition to any collection. My daughter loved adding this to her collection. I will definitely continue to collect future years designs.