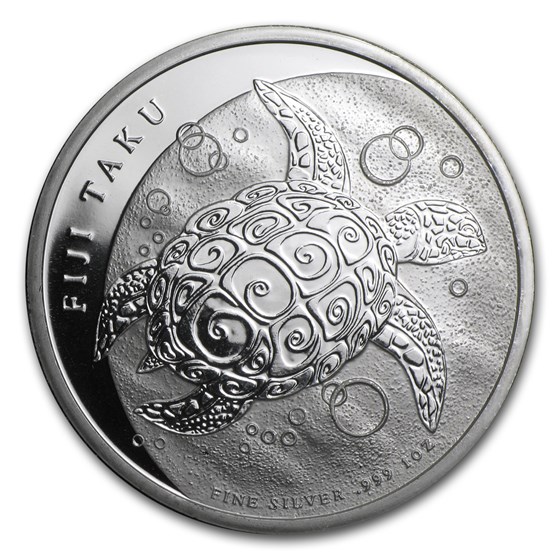 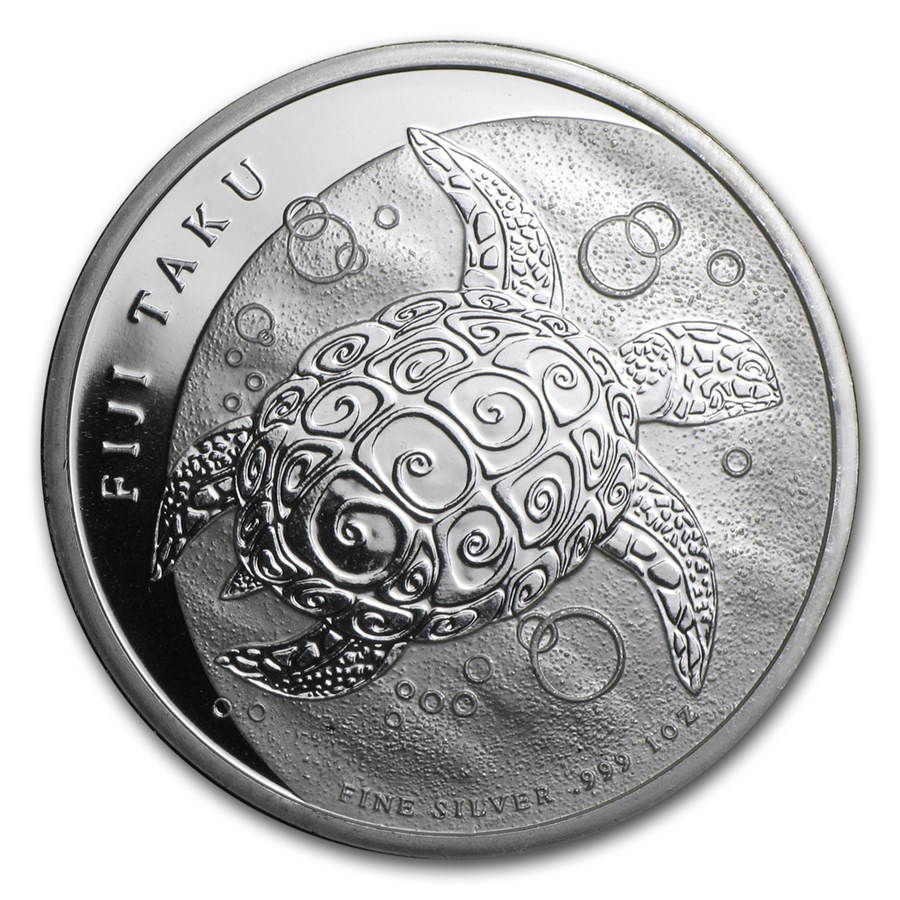 $31.23
As Low As
Product Details
Product Details
This coin is the first in the iconic Silver Taku series that began in 2010 from the New Zealand Mint. The mintages have increased greatly with the rise in popularity, making this coin very difficult to find on the market because of its low mintage.

This inaugural Fiji Silver Taku coin is not often encountered in the marketplace due to its lower mintage. Add this 1 oz Silver coin to your cart today!

Hawksbill turtles are found throughout the tropical waters of the Atlantic, Pacific, and Indian Oceans, named for their narrow, pointed beak. They typically avoid deep waters, preferring coastlines and coral reefs where they can find sponges, their primary food source.

These beautiful creatures make incredible migrations to move from feeding sites to tropical beaches that often serve as nesting grounds. Hawksbill turtles come to New Zealand every year from Fiji. Although they’ve been sighted as far south as Cook Strait, they are mostly seen in the upper North Island of New Zealand in the clear, shallow waters of the island shelf.

The New Zealand Mint is a privately owned company in Auckland. It is the only privately owned mint in New Zealand, purchasing refined Gold from international sources to produce coins. They have established their reputation over the past four decades for their high quality design as exhibited by their innovative commemorative Gold and Silver bullion products. The mint uses the tagline “Minters of the South Pacific” and produces collector and bullion coins for a number of pacific nations, including Fiji, the Cook Islands, Niue and Tuvalu.