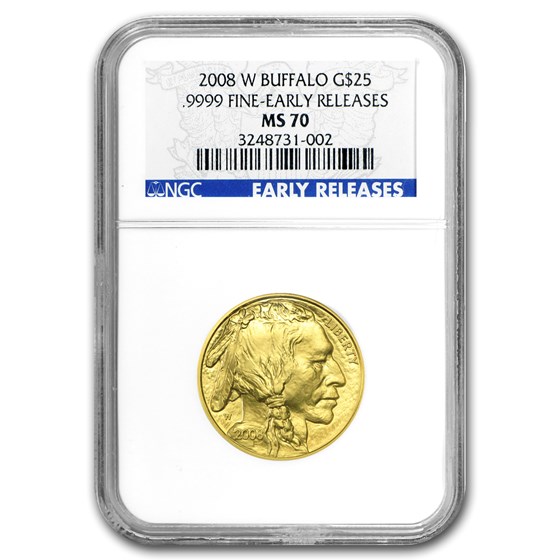 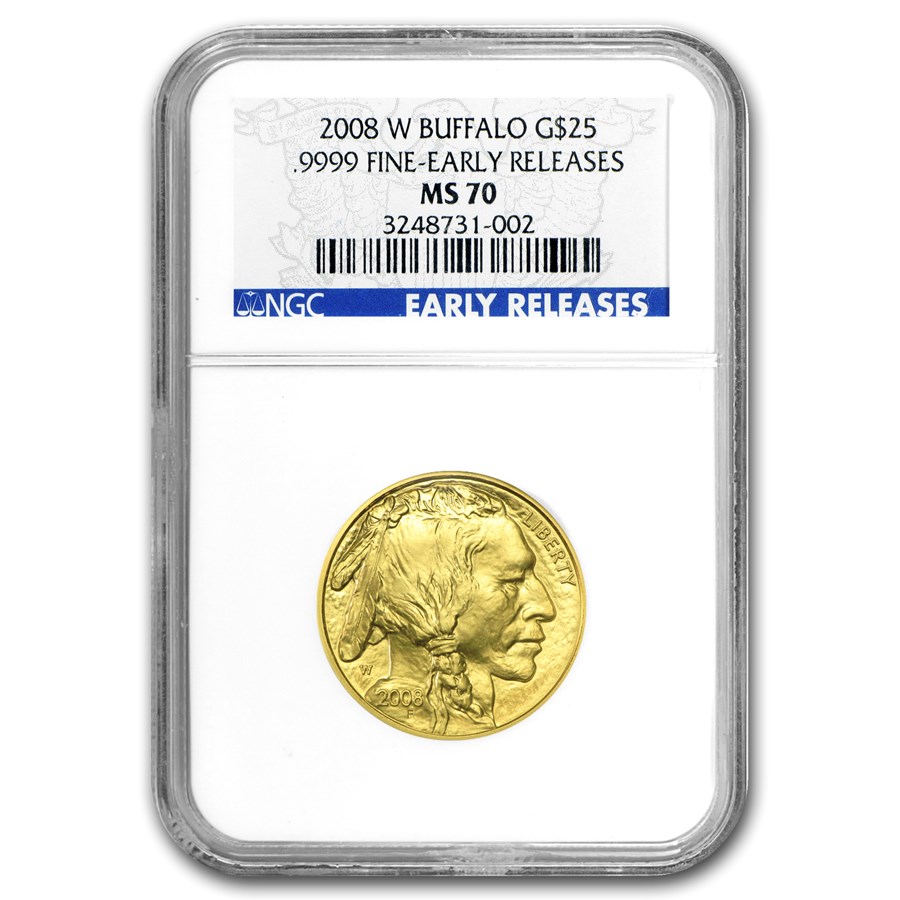 Coin Highlights:
Protect and display your graded Gold Buffalo in style by adding an attractive presentation box to your order.

The U.S. Gold Buffalo is one of the world's favorite Gold bullion products. Add this beautiful 1/2 oz Gold Buffalo to your cart today!
Related Searches