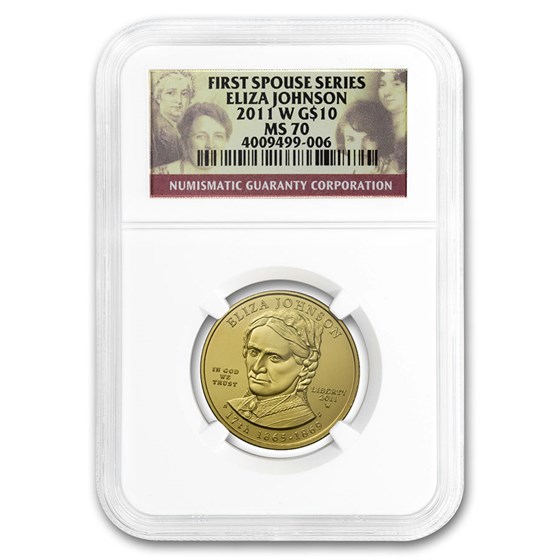 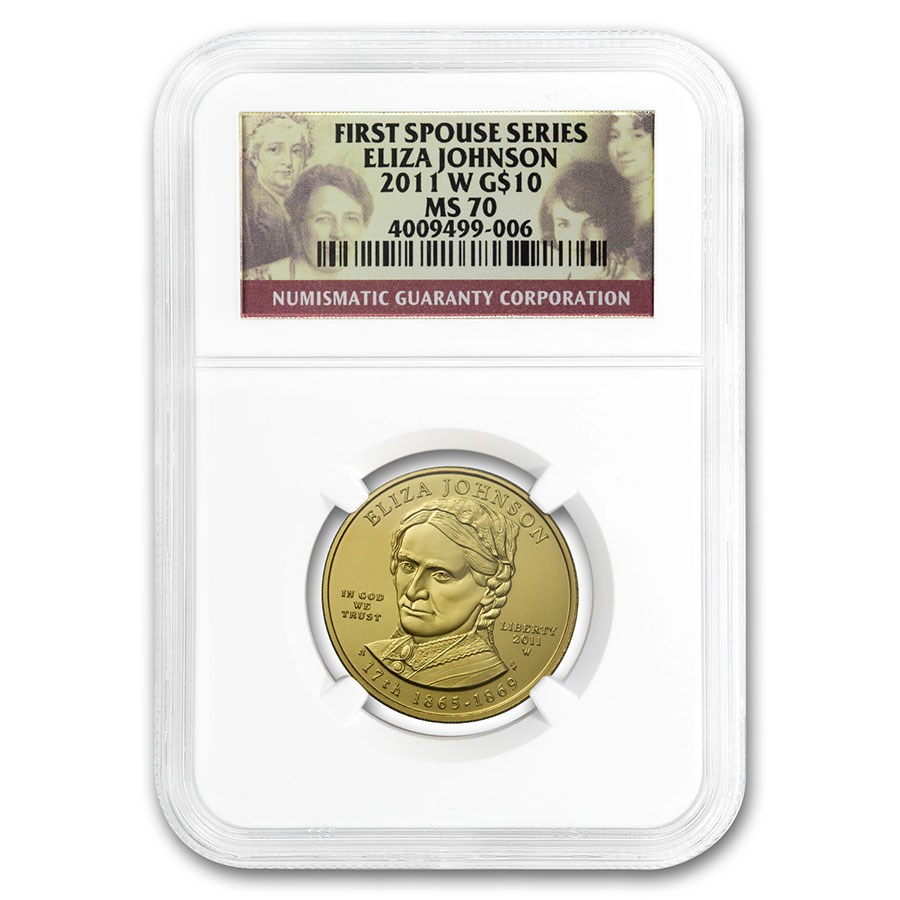 Eliza Johnson was the wife of the seventeenth President of the United States and the eighteenth coin to be struck in the First Spouse series. This is the first of four coins to be issued in 2011. Eliza Johnson is credited with helping further Andrew Johnson's education. She also encouraged him to join a debating group which began opening doors to his politcal career.
The reverse represents a scene from President Johnson's 60th birthday with three children dancing and a Marine Band fiddler playing at the children's ball.