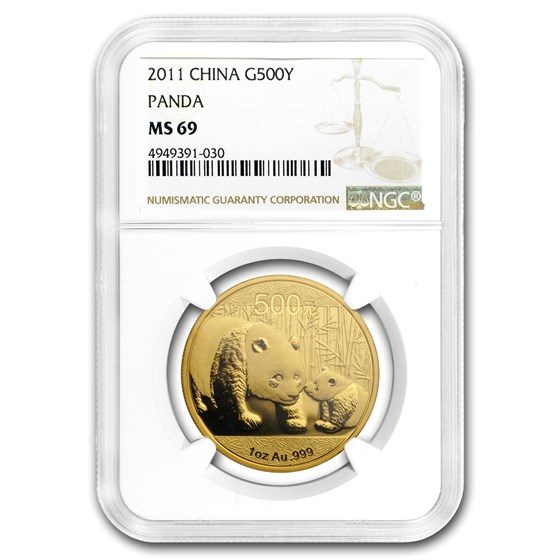 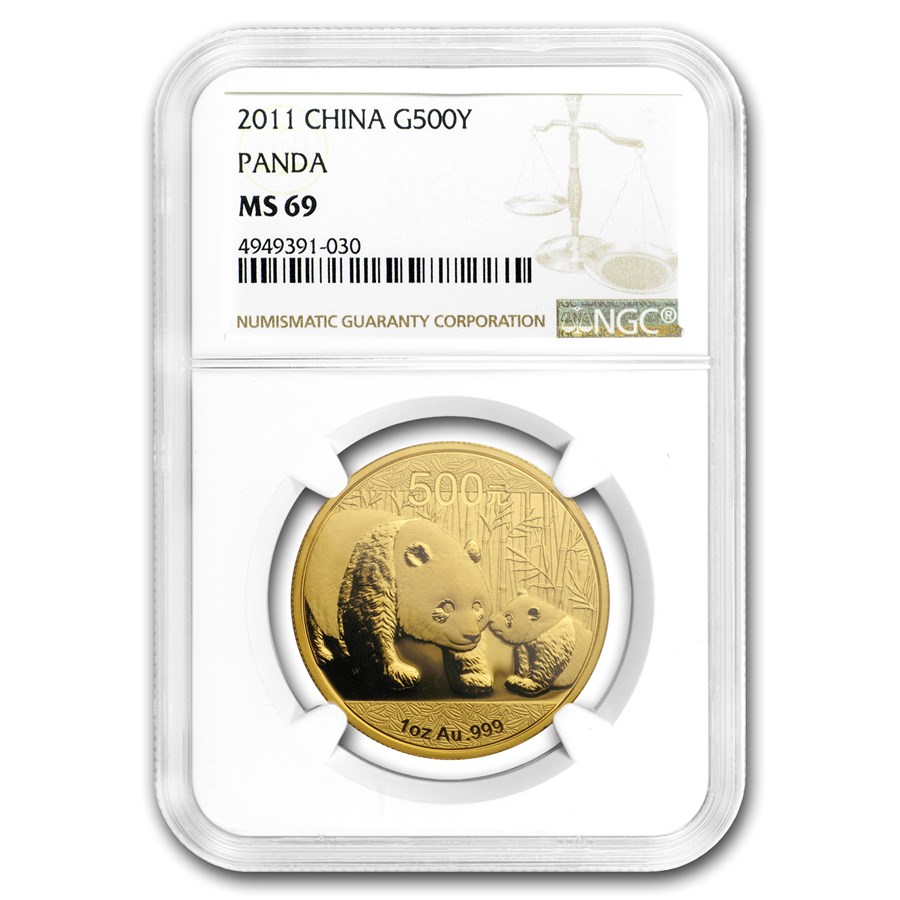 Product Details
Product Details
Gold Chinese Pandas are one of the world’s only bullion coins to feature yearly changing designs. Each year focuses on the iconic panda, loved around the world and beautifully depicted in .999 fine Gold.

Enhance your Chinese Gold Panda collection with this highly sought after coin. Add the 2011 1 oz Gold Chinese Panda coin to your cart today!

The giant panda, also known as panda bear or simply panda, is a bear native to south central China. It is easily recognized by the large, distinctive black patches around its eyes, over the ears, and across its round body. The name "giant panda" is sometimes used to distinguish it from the unrelated red panda. Though it belongs to the order Carnivora, the giant panda's diet is over 99% bamboo. Giant pandas will occasionally eat other grasses, wild tubers, or even meat in the form of birds, rodents or carrion.