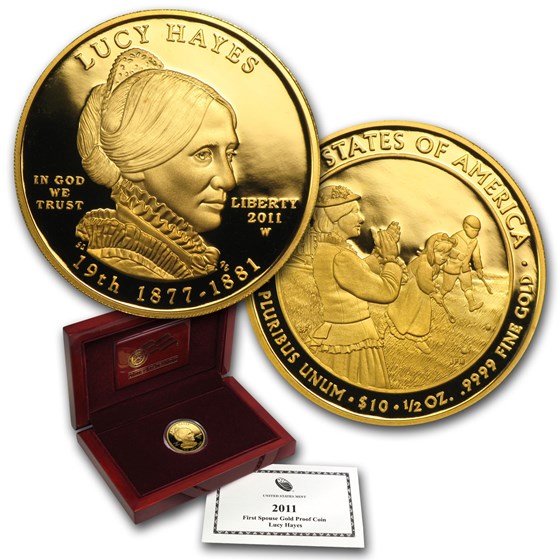 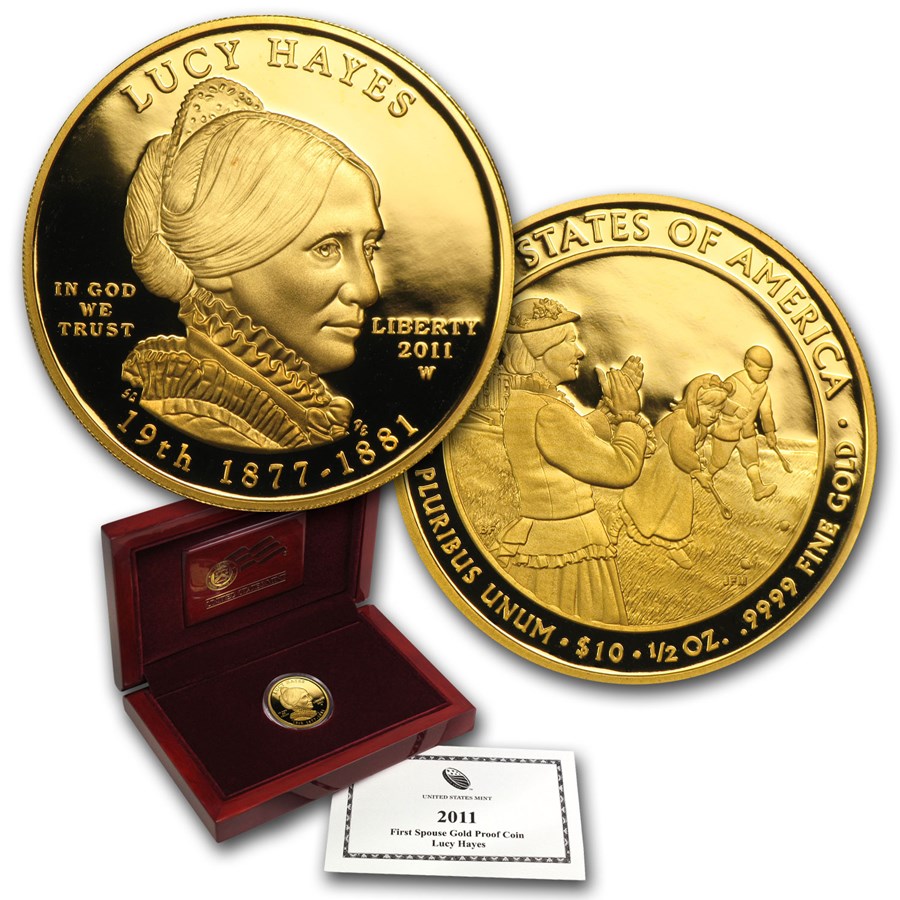 Your purchase will match the quality of the product shown.
Product Details
Product Details
This First Spouse coin pays tribute to the accomplishments of Lucy Hayes. Each coin contains 1/2 oz of .9999 fine Gold, making their intrinsic value just as exquisite as the design and production.

Coin Highlights:
This series of coins honors Presidential First Ladies who have added so much to our country. Add this 1/2 oz Lucy Hayes Gold Coin to your cart today!

Lucy Ware Webb Hayes married Rutherford B. "Rud" Hayes in 1852 and lived in Cincinnati until the Civil War. The future President grew to share her deep opposition to slavery. Mrs. Hayes was a temperance advocate, and alcohol was banned at the White House during her husband's administration. However, her famous nickname "Lemonade Lucy" was apparently only used after she left the White House.