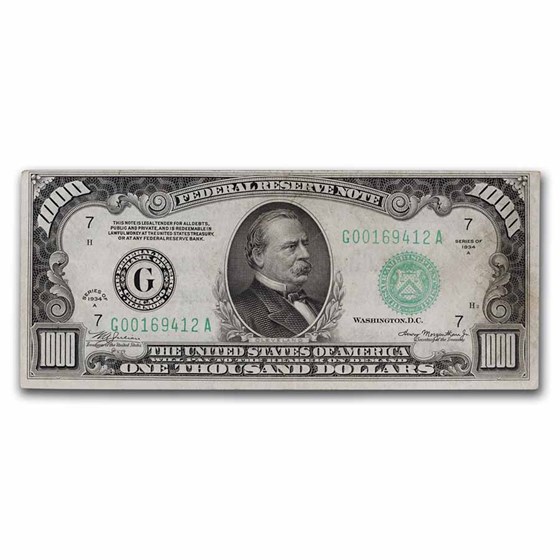 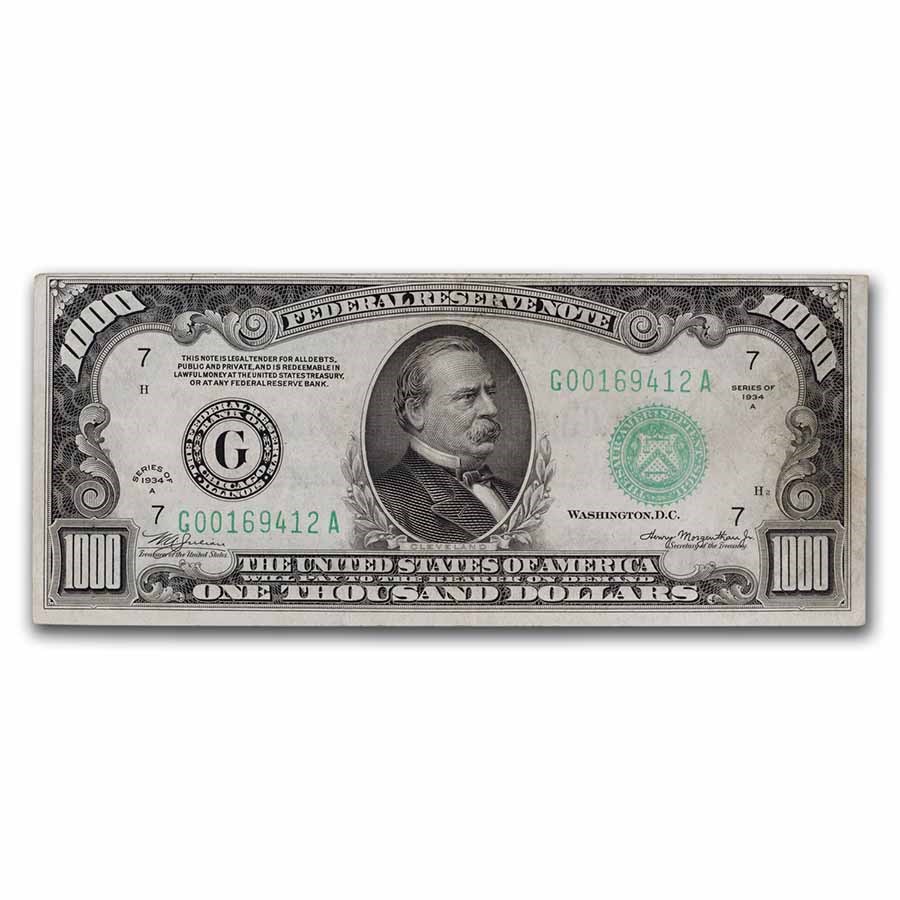 Although they are still technically legal tender in the United States, high-denomination bills were last printed on December 27, 1945, and officially discontinued on July 14, 1969, by the Federal Reserve System, supposedly due to 'lack of use'.