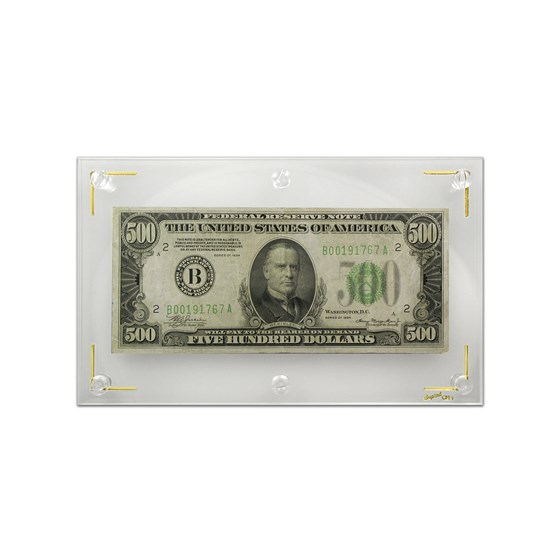 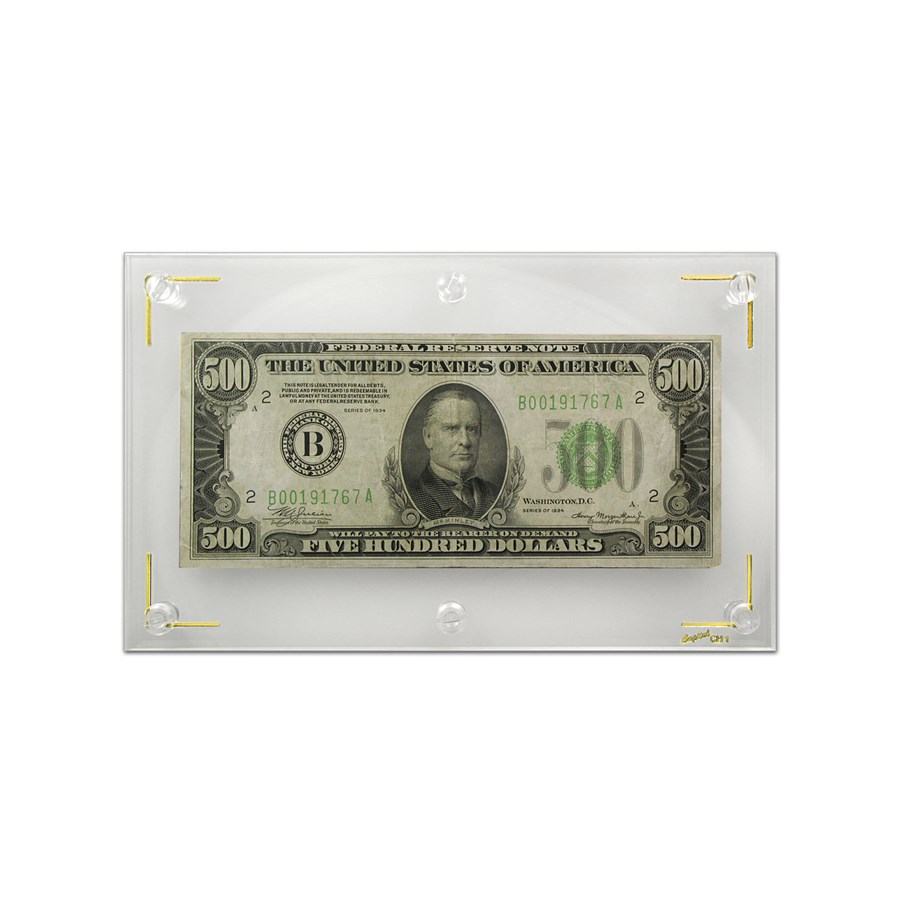 Product Details
Product Details
This $500 Federal Reserve Note is from the 1934 series issued by the New York district. Originally intended for commerce between banks, however, they slowly made their way into circulation and are now highly collected.

Hi, I'd like to ask a question, bare with me as I am a newbbie.... Here goes, If the current currency were to lose its value, Will these bills still hold and Demand the Treasury of The USA to release to me $500 of what dollars?, the same $500 dollar bill years associated value in silver or gold?