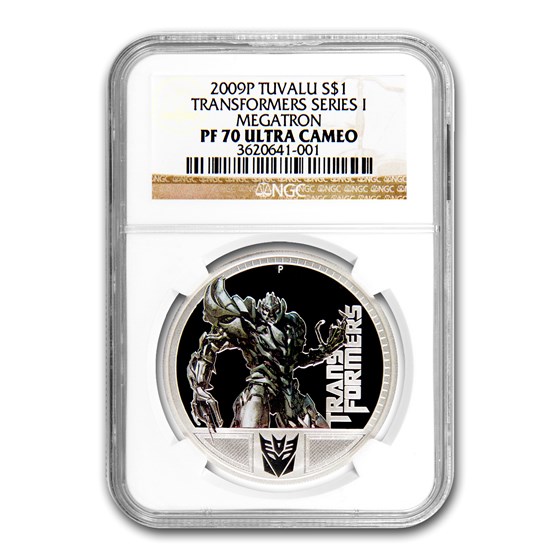 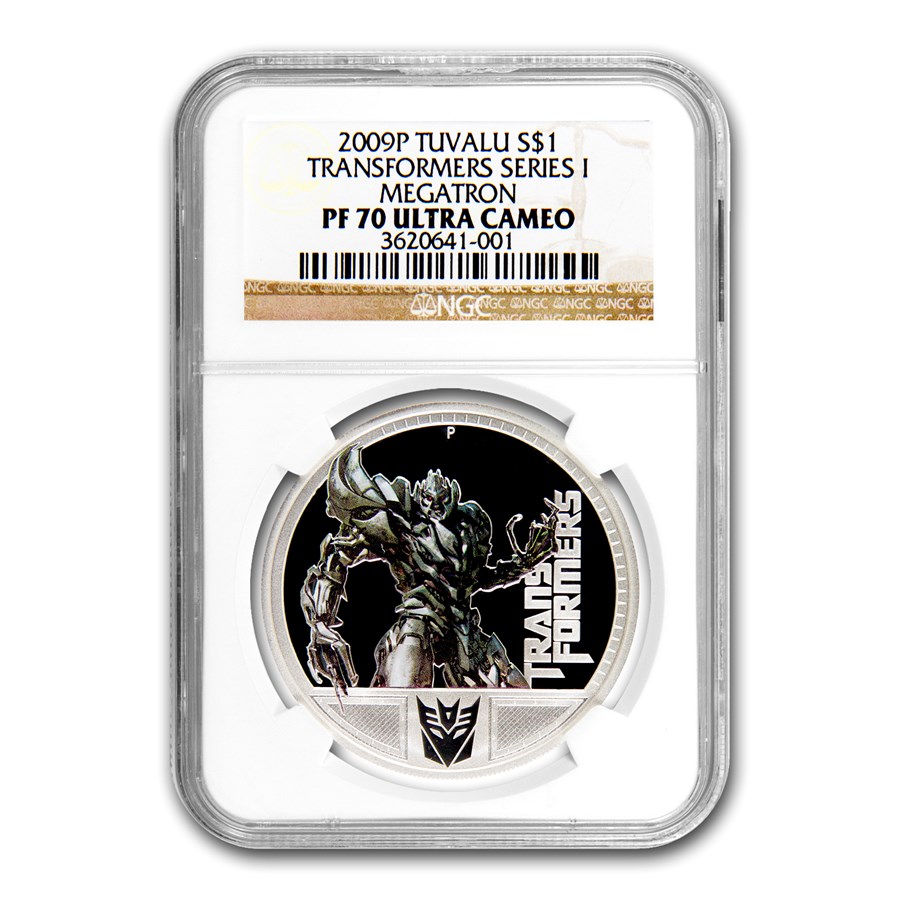 Graded PF-70 UCAM by NGC!
Part of the 1st Transformers series, this Silver coin features a colored depiction of Megatron, leader of the evil Decepticons, as he appears in Transformers: Revenge of the Fallen. The Decepticon emblem is also shown.

The Raphael Maklouf likeness of Her Majesty Queen Elizabeth II and the monetary denomination are shown on the obverse in a beautiful Proof finish.
Long ago, Megatron was admired as one of Cybertron’s greatest champions, but over time, intense pride corrupted him. Using his unmatched power and rage, Megatron rules the Decepticons with an iron fist. He will do anything in his power to destroy Optimus Prime and the Autobots and claim the Universe for himself.

The sci-fi blockbuster Transformers broke box office records on its opening weekend in North America in 2007. Based on the popular 1980s television series, Transformers attracts audiences from around the world.