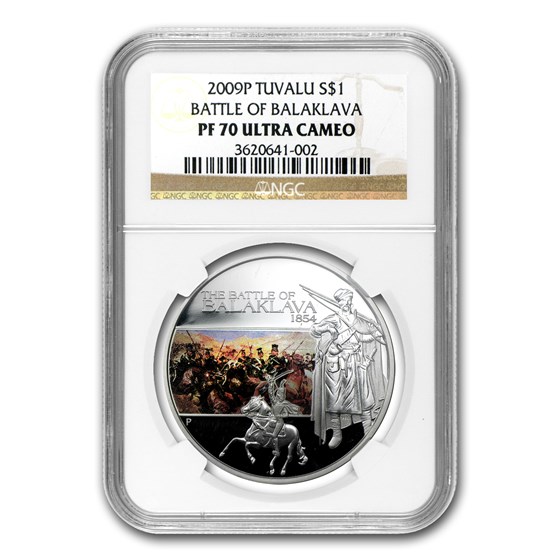 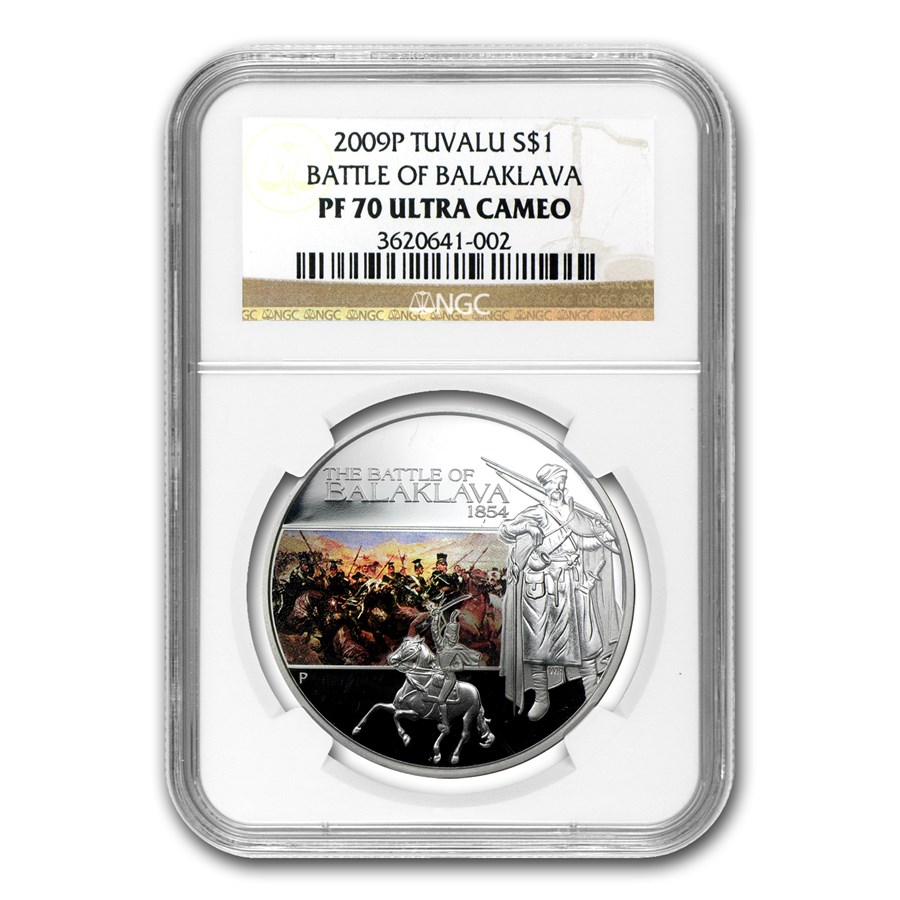 Population of 12 coins at this grade level with 0 graded higher.
This Silver coin is the fourth in a five-coin series. This 2009 Proof Silver Battle of Balaklava coin features a colorized image of the Light Brigade’s ill-fated charge. The struck elements of the design portray a Cossack and a representation of the British commander, Lord Cardigan, on a horse. The Raphael Maklouf likeness of Her Majesty Queen Elizabeth II and the monetary denomination are shown on the obverse.

The Battle of Balaklava served as a supply port for Britain and her allies during the Crimean War. Having resisted a Russian attempt to capture the town, the British Light Brigade was ordered to disrupt their withdrawal. The command was misinterpreted, resulting in the charge of 660 men “into the valley of Death”. The realities of the disaster were brought home with startling impact by The Times newspaper’s battlefield correspondent William Howard Russell, and immortalized in verse by Alfred Tennyson in The Charge of the Light Brigade.