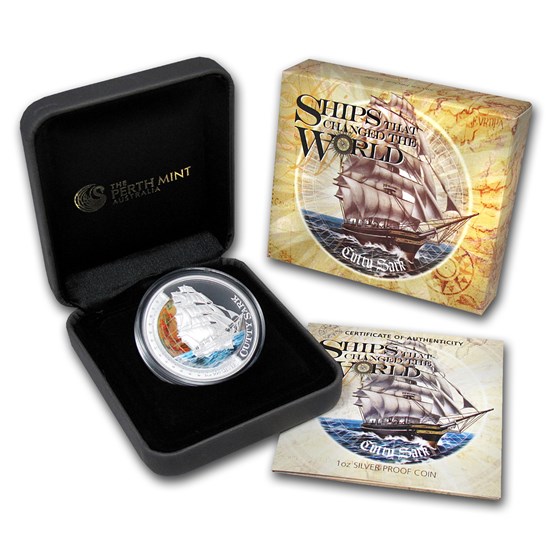 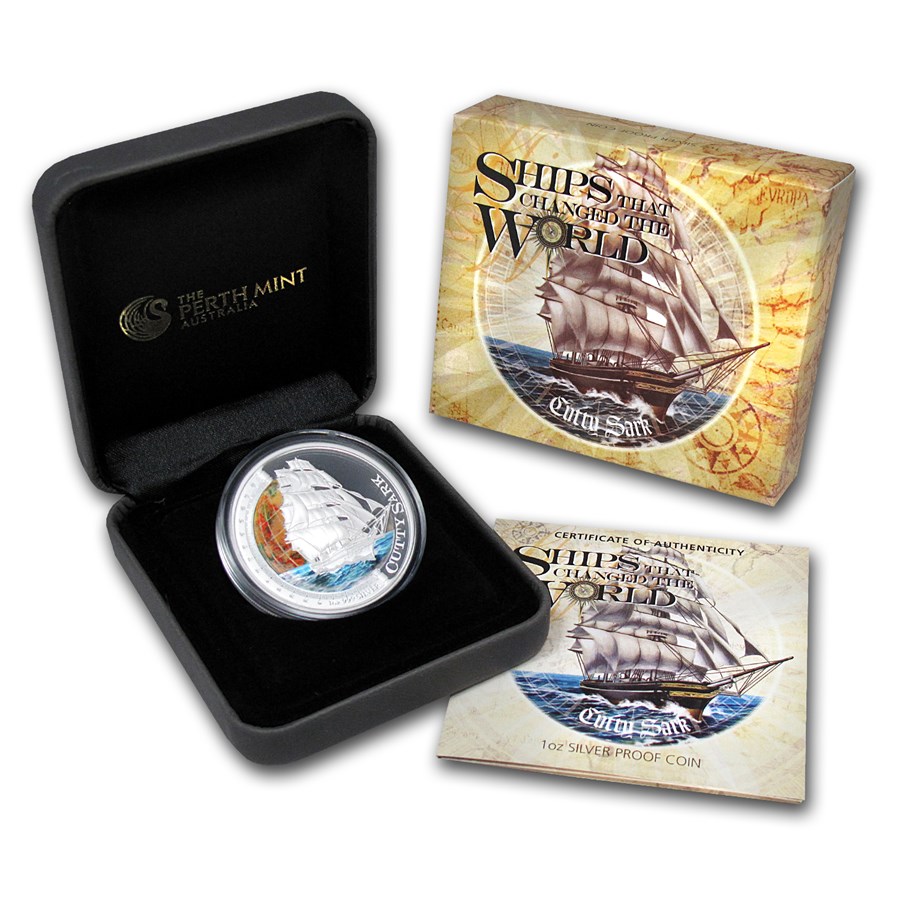 Limited mintage of only 5,000 coins!
This Silver coin is the fifth and final in a five-coin series.
The Cutty Sark coin features a representation of the Cutty Sark in full sail set against a colored globe map and the inscription CUTTY SARK, design by Tom Vaughan. The design also incorporates The Perth Mint’s ‘P’ mintmark. The Raphael Maklouf likeness of Her Majesty Queen Elizabeth II and the monetary denomination are shown on the obverse.
Comes with Box, CoA and an illustrated shipper.
Cutty Sark, built in 1869 at Dumbarton, Scotland was destined for the tea trade, then an intensely competitive race across the globe from China to London.
The famous Scottish Poet Robbie Burns coined the expression ‘cutty sark’ in his poem Tam o’ Shanter (1791) referring to a short nightdress – hence the ship’s unusual moniker. The Cutty Sark’s history includes feats of racing glory, tales of tyranny, mutiny, murder, cholera and even suicide.
Preserved for history, the Cutty Sark was moved to a custom-built dry-dock at Greenwich in 1954 as part of the National Historic Fleet Core Collection. Whilst undergoing conservation in 2007, the Cutty Sark caught fire and was badly damaged, which delayed her restoration project for some years. However, she was relaunched in 2012, having been restored to her former glory.
Learn about Silver value and see the latest Silver price online at APMEX.com. Have questions about how to buy Silver coins or about Silver investments? Speak with an Account Manager toll-free or click on the "Live Chat" button.