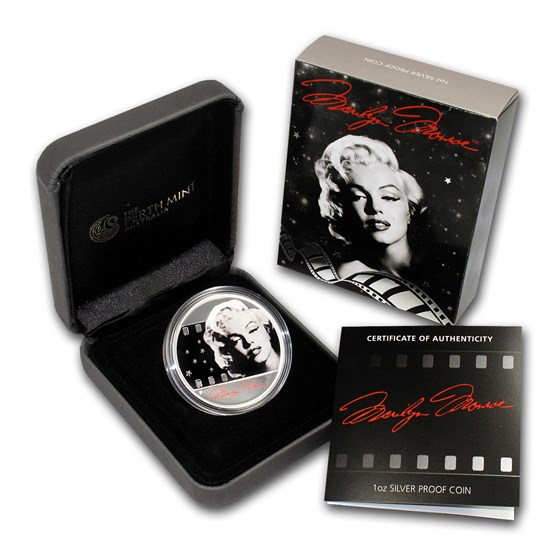 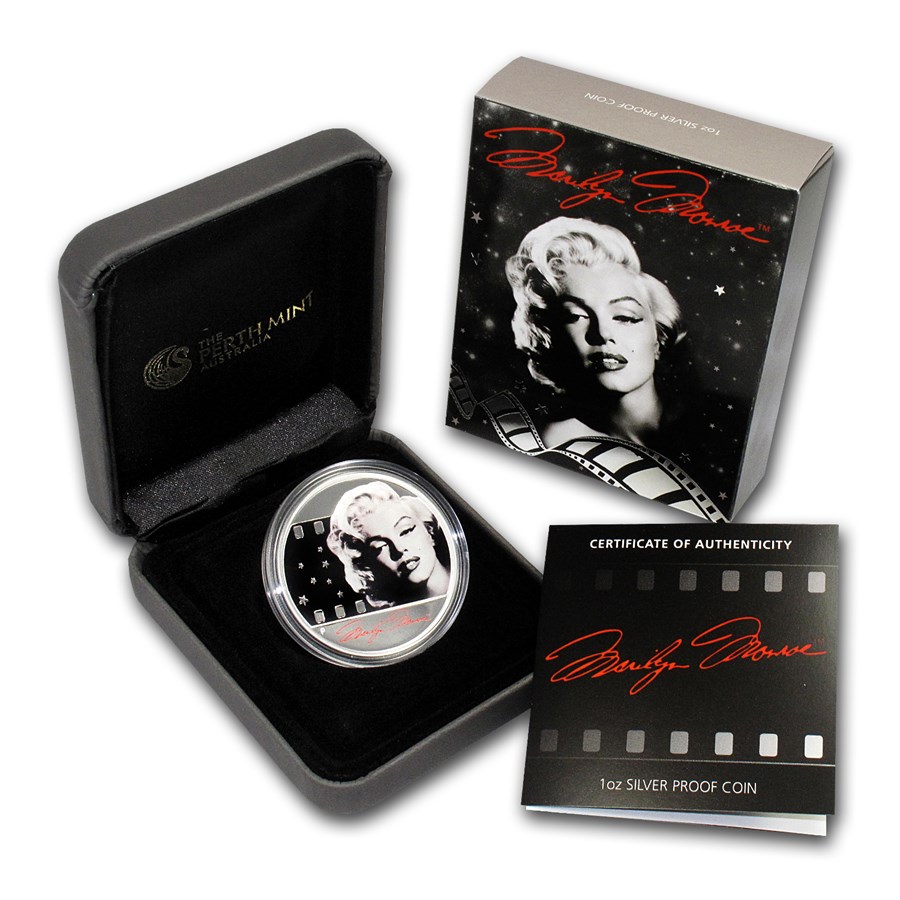 Mintage of only 12,500!
This Proof Silver coin features a photographic image of Marilyn Monroe set against a background of film and stars, design by Aleysha Howarth. The design also includes The Perth Mint’s ‘P’ mintmark and a representation of Marilyn’s signature. The Ian Rank-Broadley likeness of Her Majesty Queen Elizabeth II and the monetary denomination are shown on the obverse.
Marilyn Monroe is the subject of this special Silver commemorative, which is sure to captivate her many fans.
Monroe (1926 – 1962) was born Norma Jeane Mortenson, but baptized Norma Jeane Baker. She was an American actress and model who graced the screen with her luminous beauty.
Considered the epitome of the ‘blond bombshell’, Monroe began her career as a model, which led to a film contract in 1946. Her early film appearances were minor, but by 1959, she had attained several leading roles and was being hailed by critics. In her relatively short career, she won both a BAFTA award (1957) and a Golden Globe award (1959).
Monroe’s film career and troubled life have been well documented and controversy still surrounds her untimely passing in 1962. What is certain however, is that Monroe remains a ‘megawatt’ of the Silver screen.
Photographed by Milton H Greene © 2012 Joshua Greene Marilyn Monroe™; Rights of Publicity and Persona Rights: The Estate of Marilyn Monroe, LLC marilynmonroe.com.

With Marilyn Monroe on the face, it is obviously one of the most beautiful silver rounds ever. Definitely unique.

It’s the 2nd time I purchased a novelty or non-bullion coin and was pleasantly surprised. If you’re a Marilyn Monroe fan, for the price, it’s worth getting. It’s definitely cool. Box and certificate are all numbered and it’s packed really well.