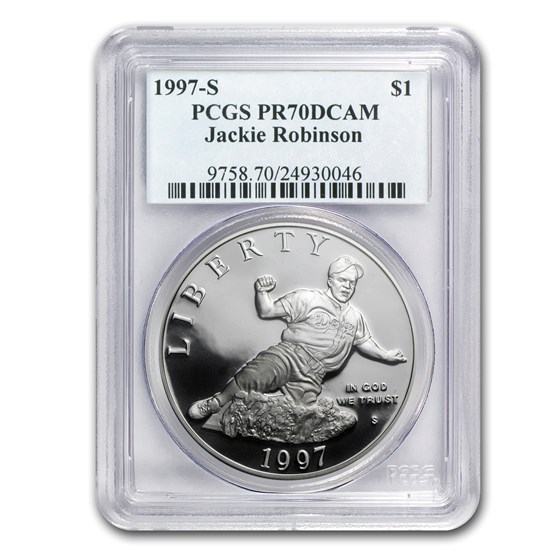 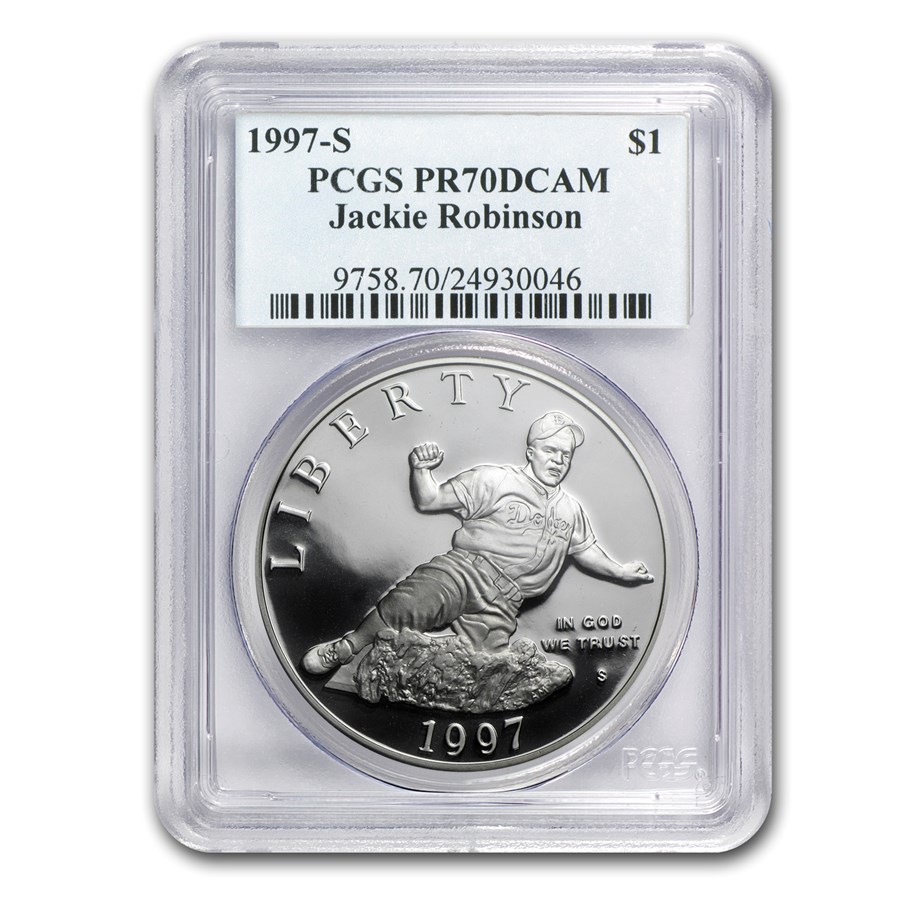 $21.35
As Low As
Product Details
Product Details
This Silver Dollar commemorates the 50th anniversary of the first acceptance of a black player, Jack Roosevelt (“Jackie”) Robinson, in a Major League Baseball game.

Coin Highlights:
Protect and display your Jackie Robinson dollar coin in style by adding an attractive display or gift box to your order.