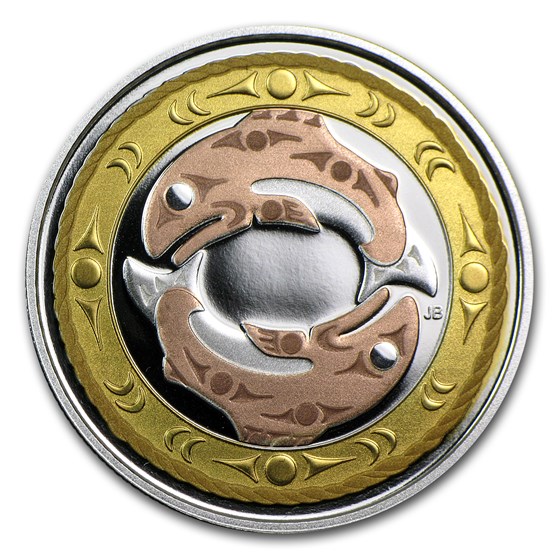 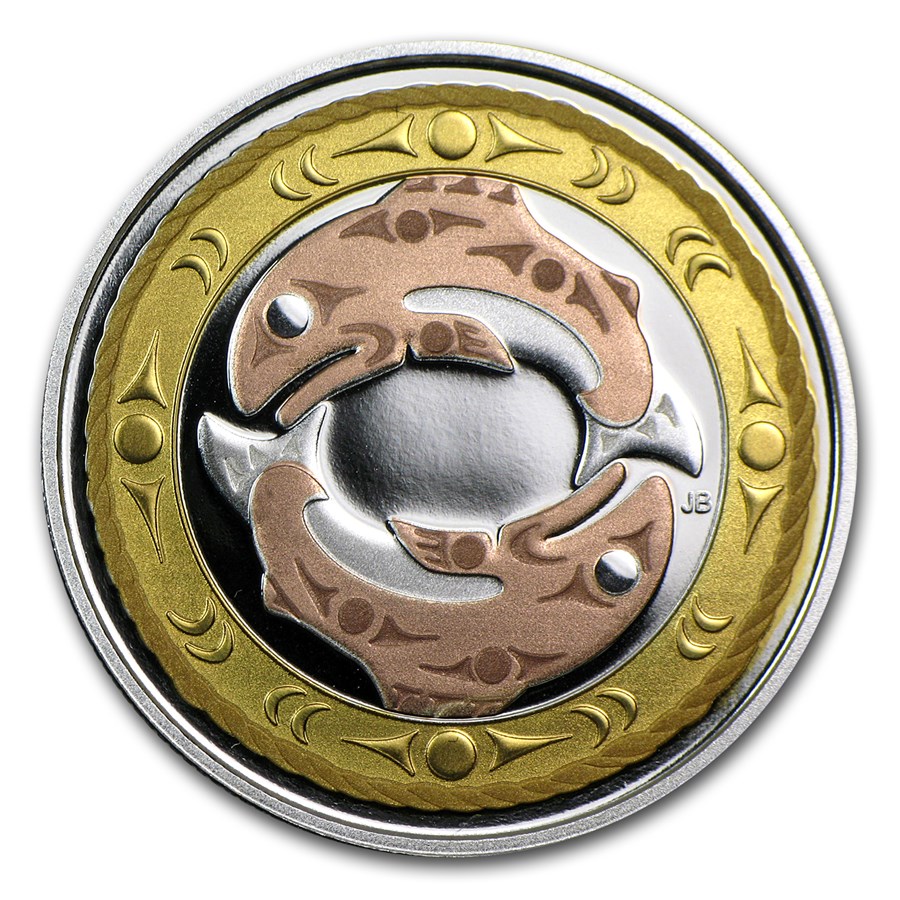 Product Details
Product Details
This 2010 Canada $3 Fine Silver Proof coin depicts the Return of the Tyee (King salmon) on a Circle of Life Shield. This is the second coin in the Native American Culture series.

Based on a hand carved, red cedar shield originally created by Canadian artist Jody Broomfield of the Squamish Nation, Coast Salish people, this beautiful Silver proof is a visual representation of the Native American appreciation of the circle of life, as represented by the positioning of the two salmon. The coin is highlighted with two different colors of 24-karat Gold plating, rose Gold and yellow Gold (a Royal Canadian Mint first). Rose Gold is also known as red Gold and pink Gold. The rose Gold colors the salmon, where it appropriately suggests their hue as well! The fish are surrounded by a band with symbols representing the phases of the moon, which further enhance the theme of life's rhythms. Traditional engraving preserves the visual effects and textures of the cedar bark rope that form the outer ring of this decorative band.