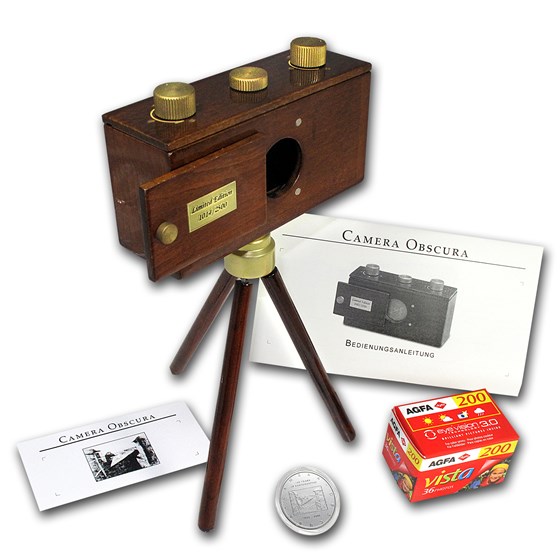 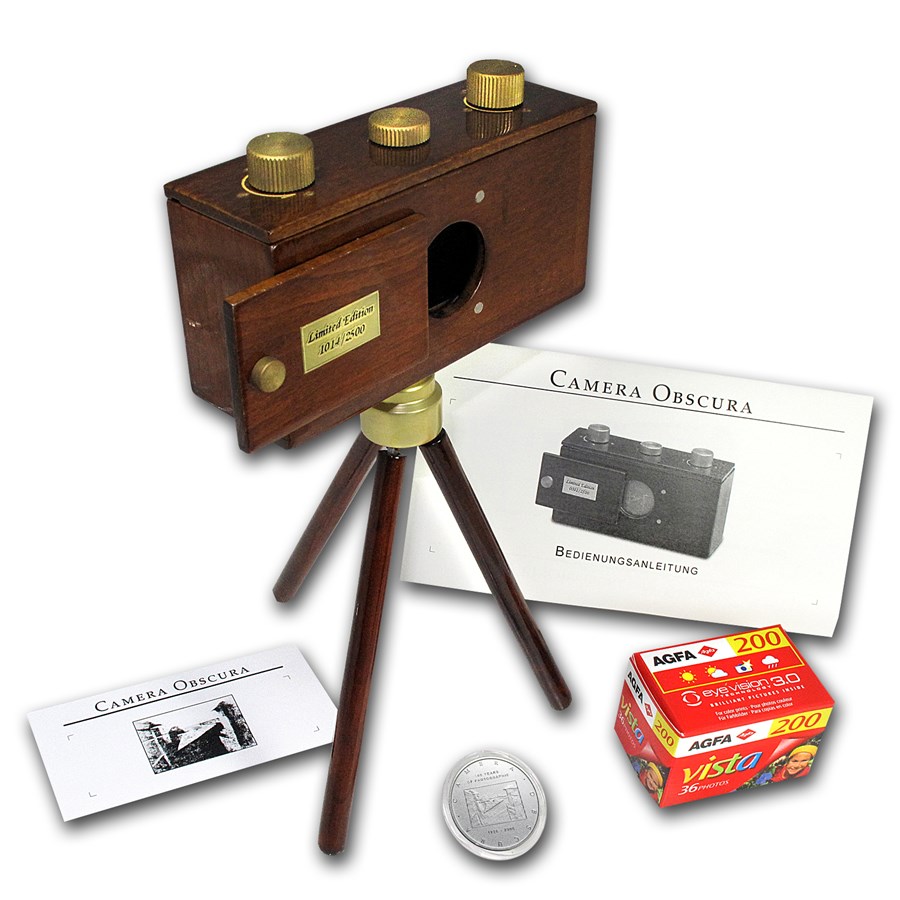 Mintage of only 2,500 coins!
The term “camera obscura” comes from the Latin for “dark room.” Accordingly, light falls through the hole in the camera, onto the opposite side, and projects a reversed and upside down view of the image. In 1826, the French inventor Joseph Nicéphore Niépce inserted a tarmac coated slab in a camera obscura and directed it from his study onto the backyard. Eight hours later the wet tarmac was firm due to the incidence of light through the casing. The unexposed areas remained damp and were able to be etched away with a solvent and the first photograph was taken!

180 years later, a unique Brilliant Uncirculated coin reminds us of these pioneer days. Camera obscuras are also known as pinhole cameras, and this Silver coin comes with a small hole in the casing! The coin also features a reproduction of Niépce’s famous backyard photograph. An additional drilled hole serves as a lens for the provided camera obscura and makes this ensemble a fully functional camera! The pictures can be exposed on a customary 35mm film. The Silver coin comes to you in a beautiful wood box, numbered and with a certificate of authenticity.