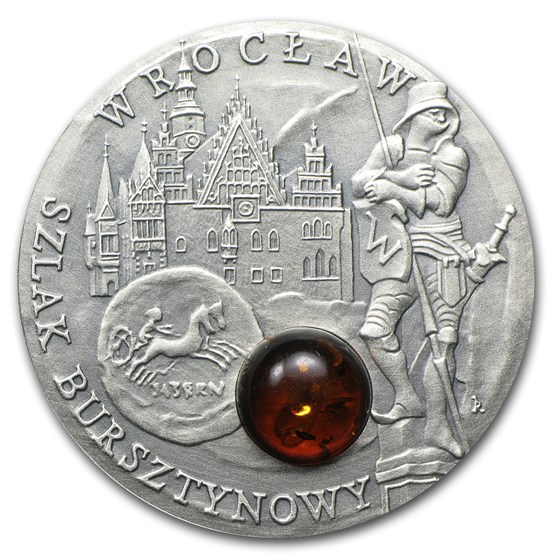 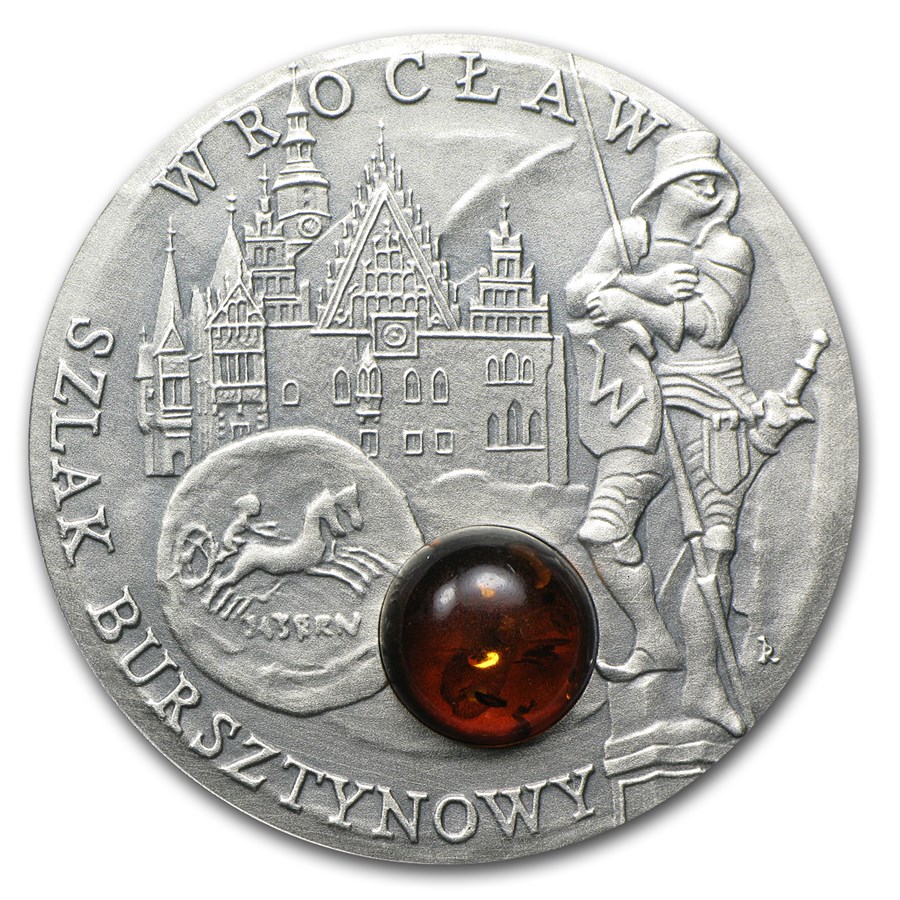 The reverse design features an image of Wroclaw City Hall, which is the most distinctive landmark of Wroclaw. On the right side of the coin is a sculpture of the knight with the sword and spear from the City Hall elevation.

The lower part of the coin includes an image of a Roman coin dating back to the times of the existence of the Amber Route and an amber insertion. Each coin comes encapsulated.