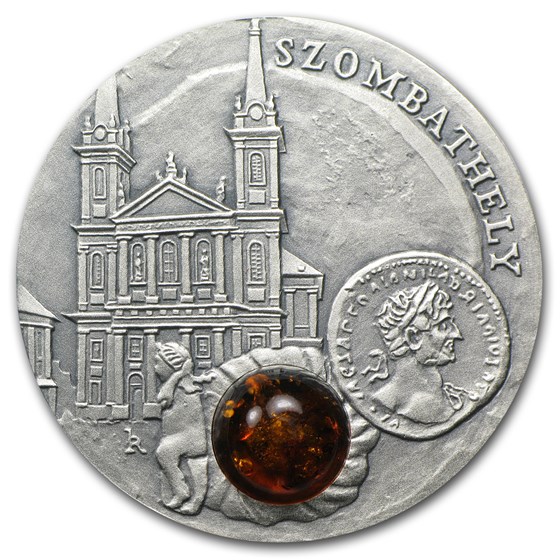 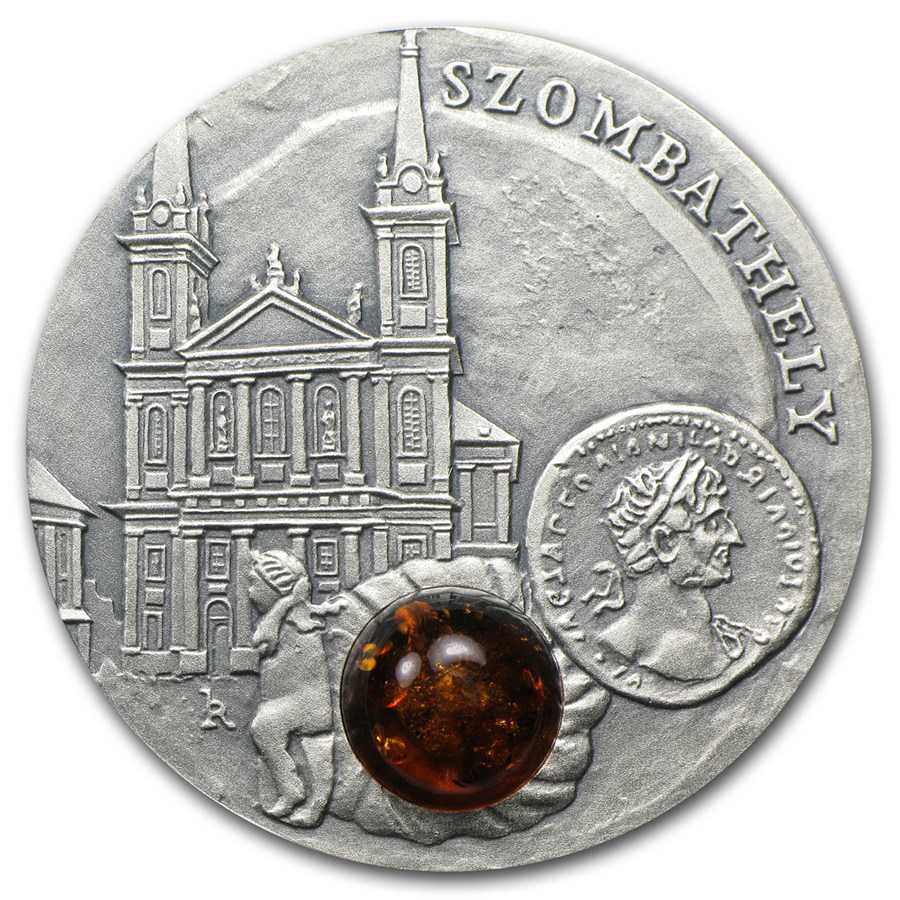 Mintage of only 10,000 coins!
This beautiful coin is part of the series that pays tribute to the main cities along the ancient Amber Route of commercial contacts. The route connected the European states at the Mediterranean Sea and the lands on the southern shore of the Baltic Sea. The route was named after the major object of the travelers' desire: amber. On the obverse is an image of a cart in which amber was carried by the Romans from Baltic Sea to Italy. Behind the cart on the left is an image of a Roman's head. The background has an image of a map with the Baltic Sea outlined. There is also a profile of Her Majesty Queen Elizabeth II. The reverse design features an image of the 18th century Szombathely Cathedral. Below the cathedral is a Roman ring featuring Eros with an amber insert. Next to the amber insert is an image of a Roman coin dating to the times of the existence of the Amber Route. Each coin comes encapsulated and has a Certificate of Authenticity from the Mint of Poland.