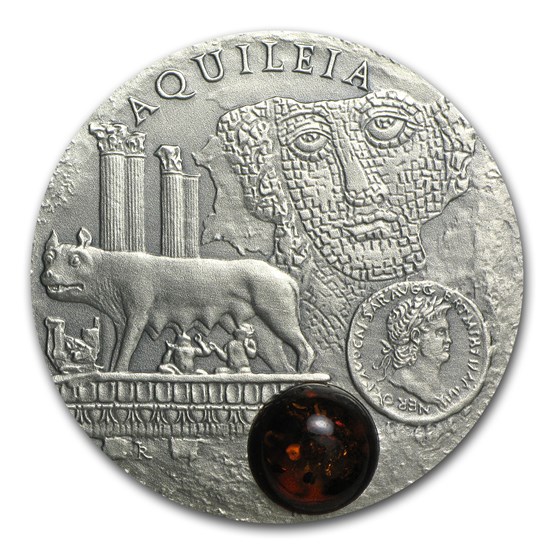 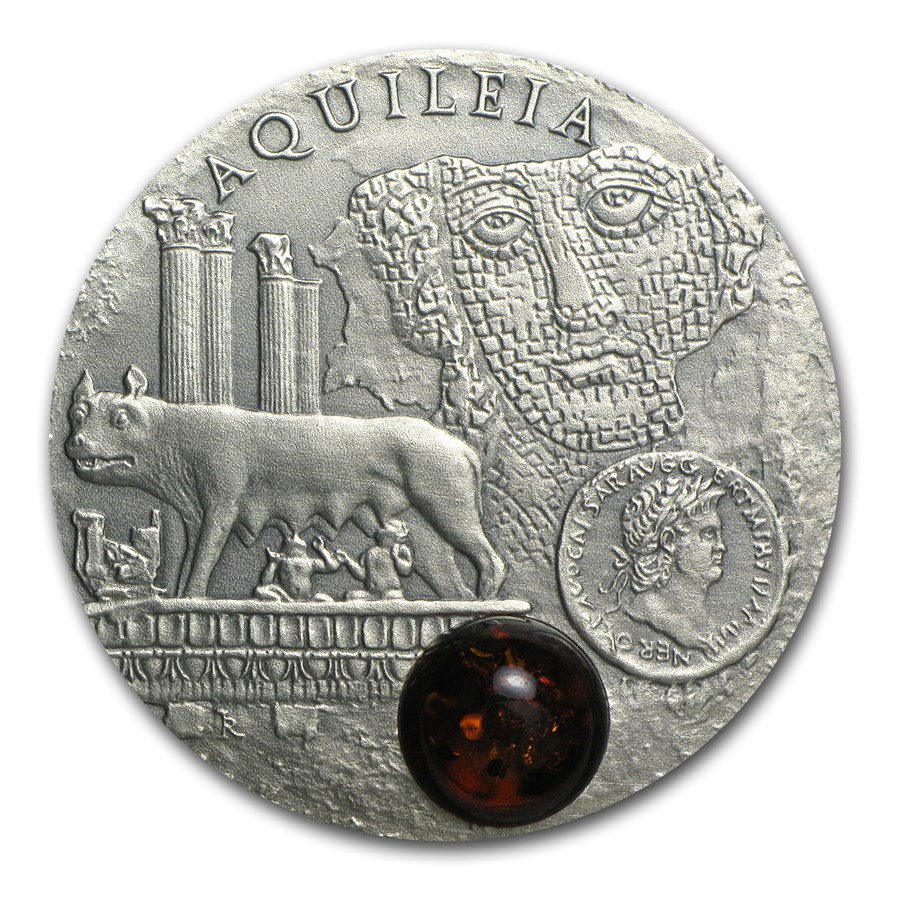 On the obverse is an image of a cart in which amber was carried by the Romans from the Baltic Sea to Italy. Behind the cart on the left is an image of a head of a Roman. The background has an image of a map with the Baltic Sea outlined. There is also a likeness of Her Majesty Queen Elizabeth II. On the reverse there is a semi-circular inscription, "Aquileia", which was an ancient Roman city. Underneath the wording and to the left stand the columns from Foro Romano di Aquileia and the image of the mythical she-wolf. On the right is an ancient Roman mosaic representing a female head. Underneath the mosaic is an image of a Roman coin found in the vicinity of Aquileia with the amber insert near the bottom. Each coin comes encapsulated and with a certificate of authenticity from the Mint of Poland.