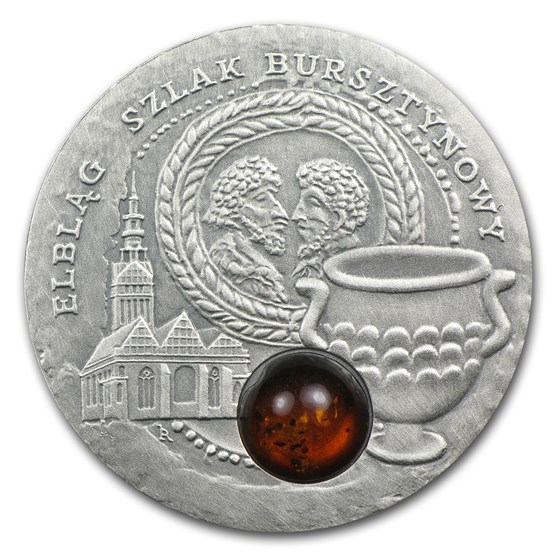 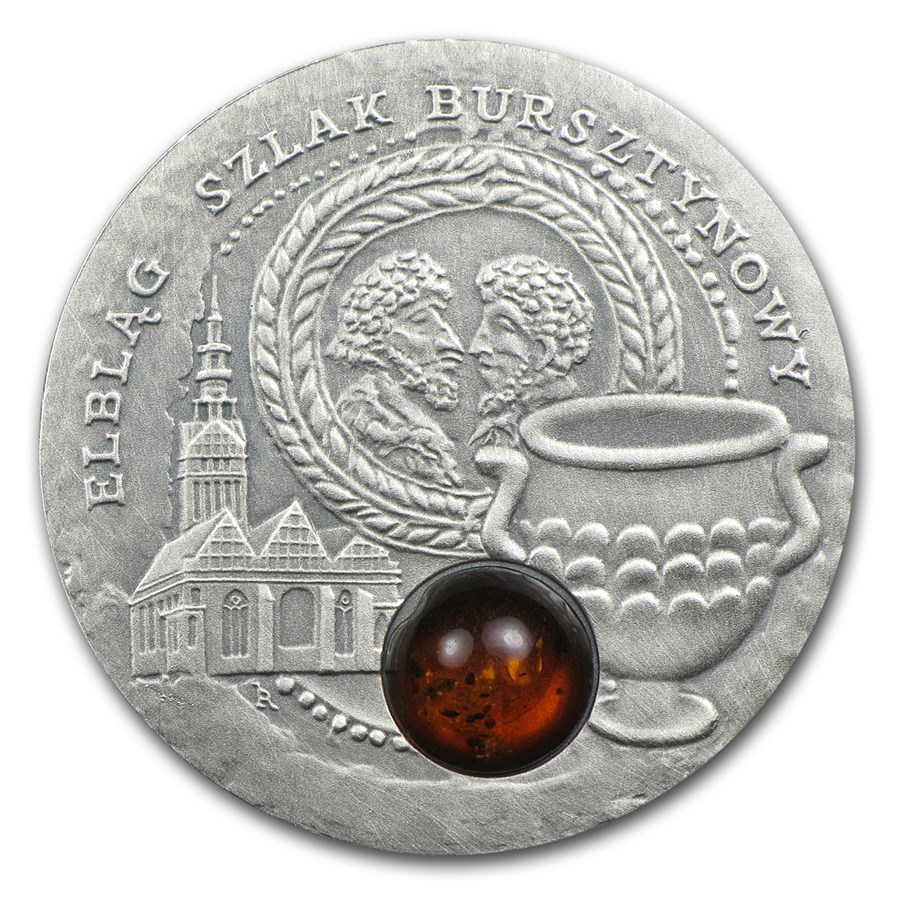 Mintage of only 10,000 coins!
This beautiful coin is part of the series that pays tribute to the main cities which lay along the ancient route of commercial contacts. The route connected the European states at the Mediterranean Sea and the lands on the southern shore of the Baltic Sea. The route was named after the major object of the traveler's desire, which was amber.

The reverse design features the image of the Roman medallion representing the heads of two emperors: Marcus Aurelius and Lucius Verus facing each other. This medallion was found during an excavation in the area of Elblag dating back to the times of the Roman Empire.

Below and to the right is an image of the glazed goblet also found near Elblag. On the left side is St. Nicholas cathedral which is the most distinctive building in Elblag. At the bottom is the amber insertion. Each coin comes encapsulated and with a certificate of authenticity from the Mint of Poland.