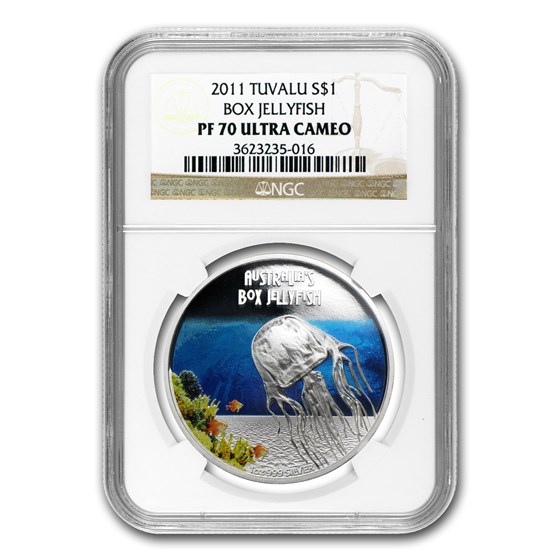 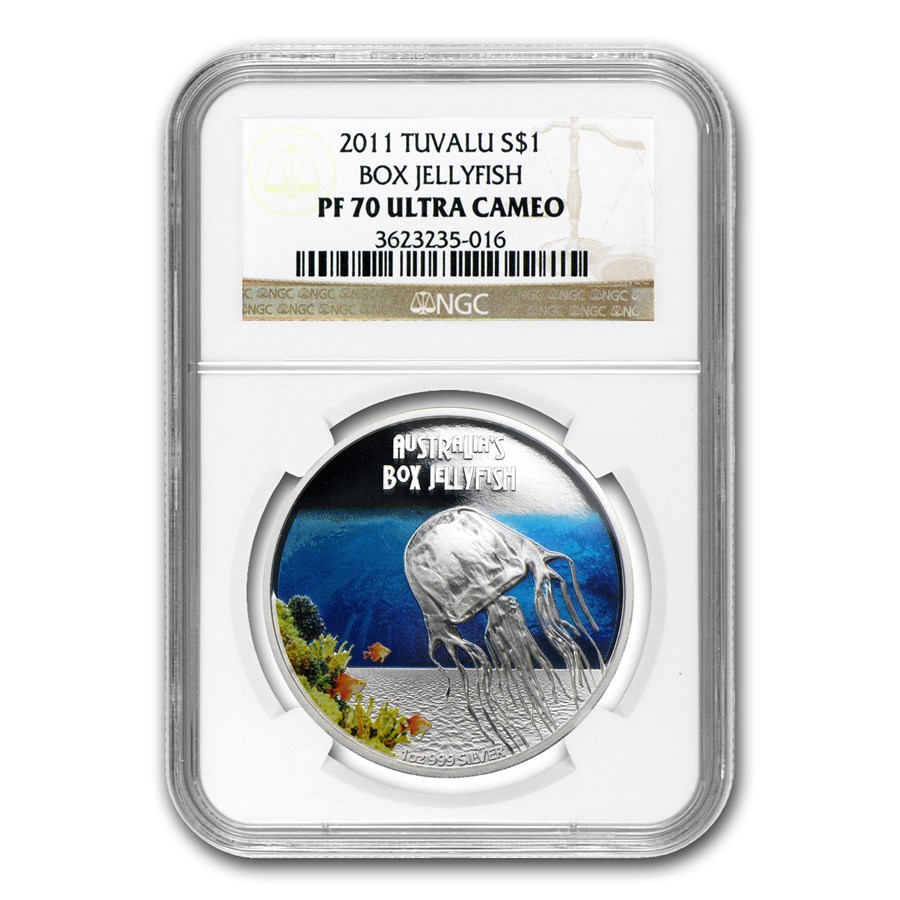 Population of 54 coins at this grade level with 0 graded higher.
The sixth release in the Deadly and Dangerous Series, this Silver coin features a Box Jellyfish against a colored background of coral reef and tropical fish. The Raphael Maklouf profile of Her Majesty Queen Elizabeth II and the monetary denomination are shown on the obverse.

Australia’s Box Jellyfish are a concern for unwary swimmers in tropical northern waters. The toxins on these venomous villain's long, dangly tentacles can be so perilous that surviving the excruciating effects of a bad sting is considered a medical miracle!