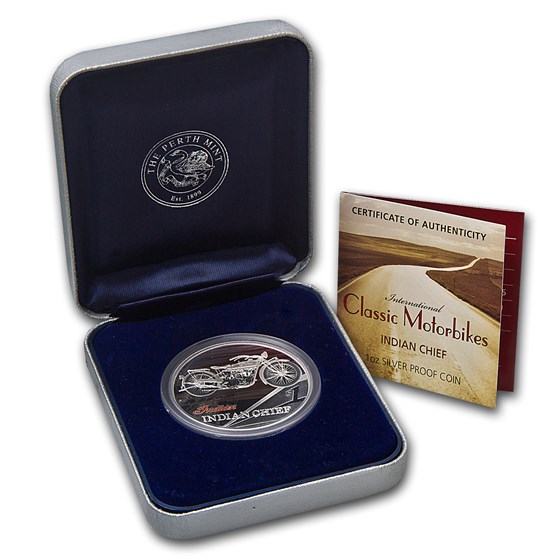 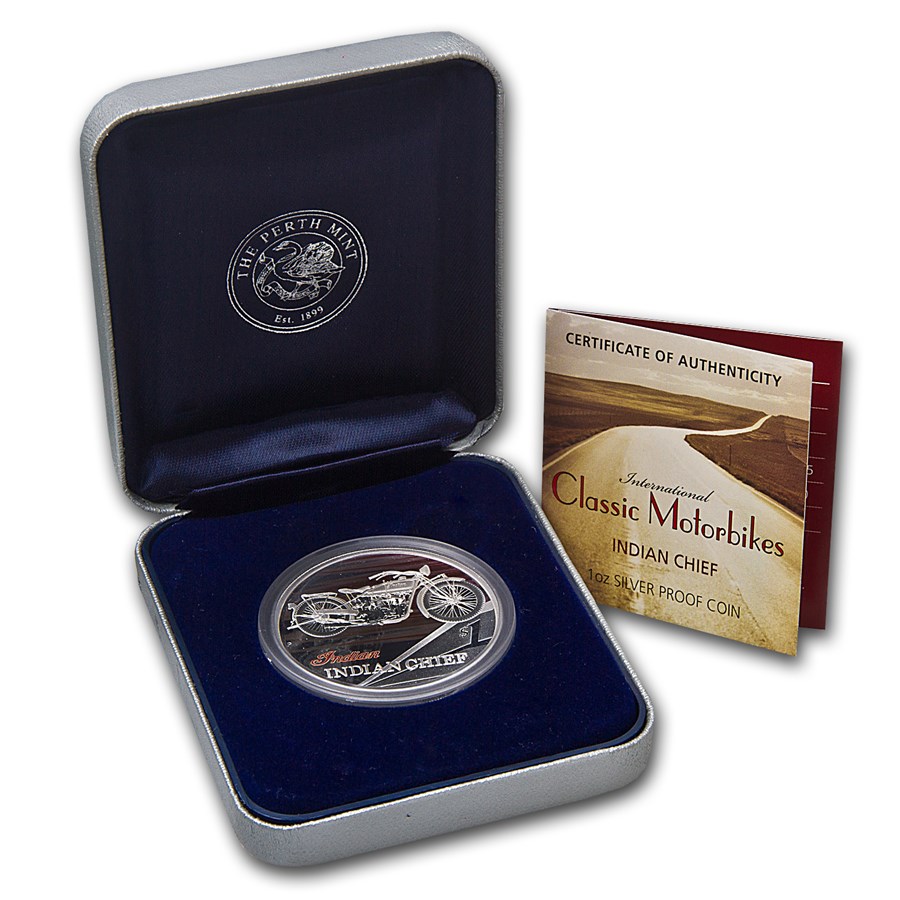 Mintage of only 3,500 individual coins!
The Indian Chief is the only coin from the Classic Motorbikes set that was released individually.
This Silver coin features a colored image of the Indian Chief and the manufacturer’s company logo, a historic motorbike that was outstandingly popular among riders of its day. The Raphael Maklouf likeness of Her Majesty Queen Elizabeth II and the monetary denomination are shown on the obverse.
Coin comes in a presentation box with a numbered CoA.
In 1922, Indian, the oldest motorcycle brand in America, followed up its successful Scout with a model of special significance. The Chief was a bold response to the growing popularity of cheap, mass-produced motorcars.
Discarding any pretence that two wheels were as practical as four, the new bike, with a listy 1,000cc V-twin engine and impressive top-speed of 90mph, was instead designed for pleasure. The thrill of riding an Indian motorcycle intensified a year later with the introduction of the Big Chief, a 1,200cc instant best seller. Boasting graceful styling, the Chief’s demonstrated the company’s approach to two-cylinder engine design. The innovative ‘side valve’ power unit, the first to encase akk major moving parts, was quiet, reliable and mercifully mess-free.
Born to cruise the American highway the Chief remained indo,itable for more than two decades.