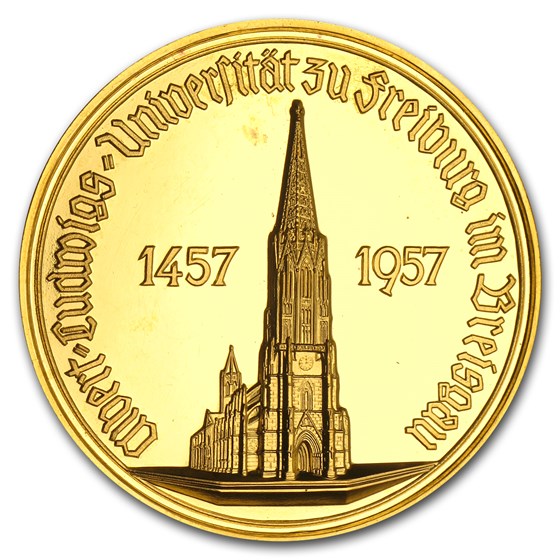 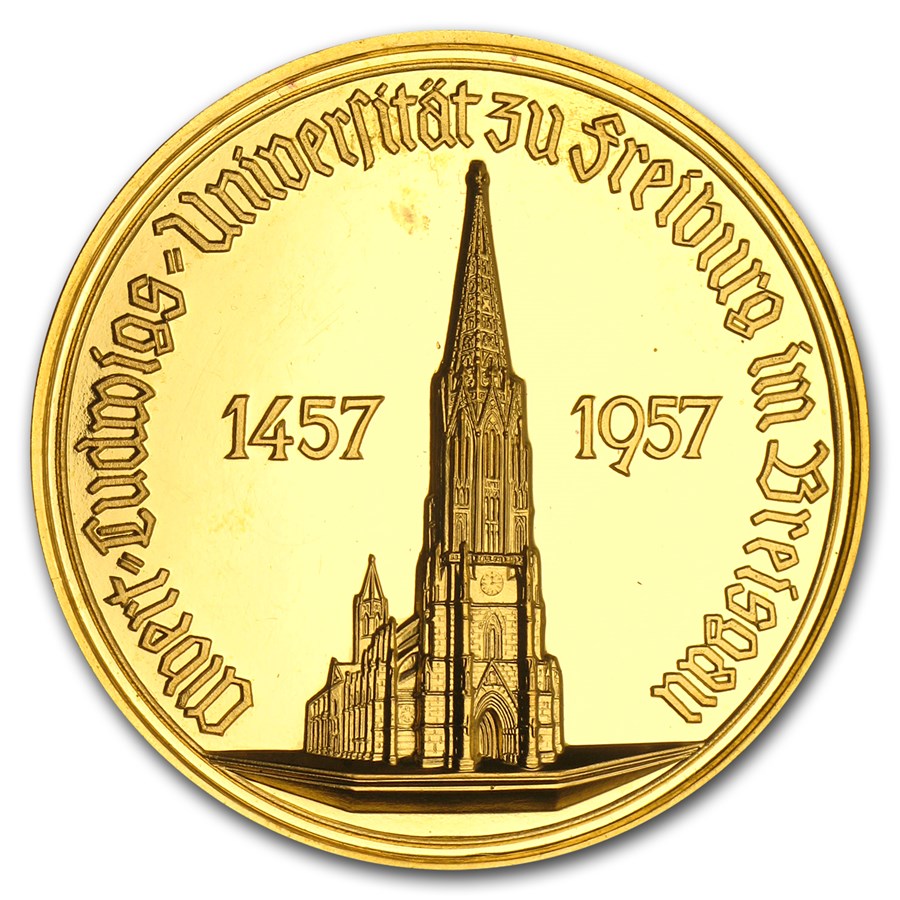 Impressive German Gold medal!
This large and beautiful Gold medal from Germany was struck in 1957 to honor the 500th anniversary of the establishment of the University of Freiburg, in southwestern Germany, in the state of Baden-Wurttemberg. The university was founded in 1457 by the Hapsburg dynasty of Austria, and is currently the fifth oldest university in Germany. Freiburg has a long tradition of teaching the humanities, social sciences and natural sciences, and attracts students not only from Germany, but from more than 120 foreign nations.

The University of Freiburg is one of Europe's most prestigious universities and is among its top research and teaching institutions. With its longstanding tradition of excellence, the university has been home to some of the greatest minds of the Western tradition, including such eminent figures as Hannah Arendt, Rudolf Carnap, David Daube, Johann Eck, Hans-Georg Gadamer, Friedrich Hayek, Martin Heidegger, Edmund Husserl, Friedrich Meinecke and Max Weber. In addition, 19 Nobel laureates are affiliated with the University of Freiburg, and 15 academics have been honored with the highest German research prize, the Gottfried Wilhelm Leibniz Prize, while working at the University of Freiburg. As of 2007, the university has been designated an elite German "University of Excellence".

The medal is a large 50 mm in diameter, with its fineness (.986) struck into the otherwise plain edge. It boasts a gorgeous design for a large Gold medal. One side of the medal shows the Freiburg Minster (Cathedral of Freiburg separating the dates 1457 and 1957, while the other displays the seal of the University of Freiburg. The medal weighs 2.775 troy oz, so the Actual Gold Weight is 2.736 oz. This interesting piece will make a fine addition to any Gold collection!