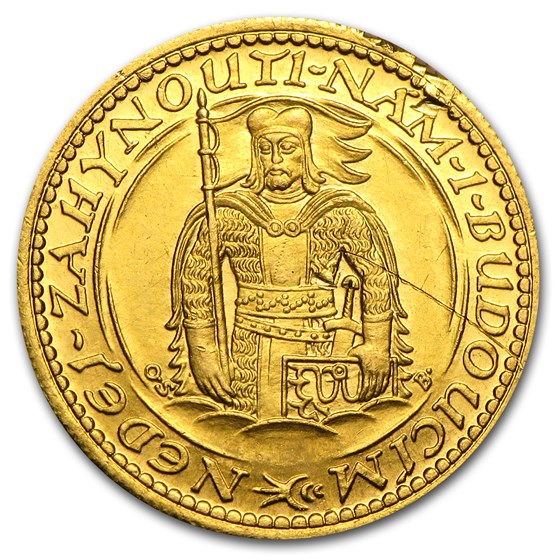 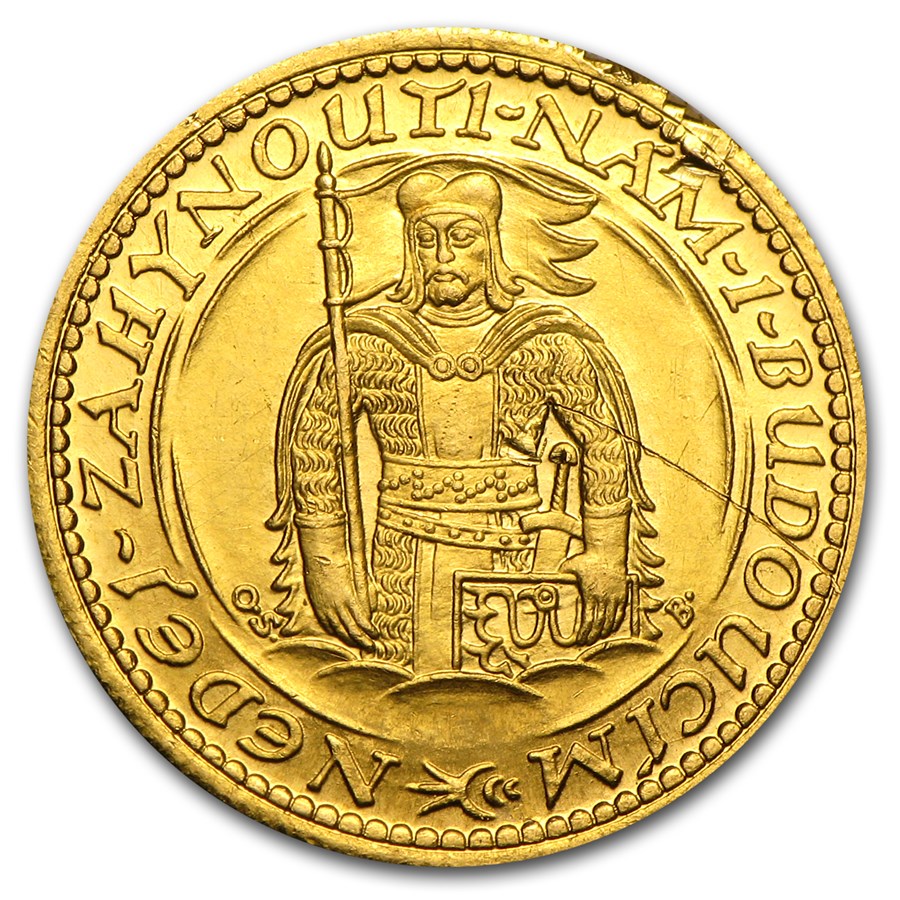 First Czech issue!
The actual Gold weight in this coin is .1106 oz. Not seen nearly as often as the ducats from Austria or the Netherlands, this small Gold coin is adorned with the Czech lion and shield on the obverse. A facing likeness of Wenceslaus, Duke of Bohemia in the 10th century, is on the reverse. His name was made famous from the old Christmas carol "Good King Wenceslaus." This was the first issue of Gold coinage by the new nation of Czechoslovakia after the breakup of the Austro-Hungarian empire following World War I. Dates can range from 1923 to 1936. Coins in this listing will have scratches, rim dings, or other such defects that do not allow them in a graded listing, and they are priced accordingly. Cataloged in Krause as KM#8.