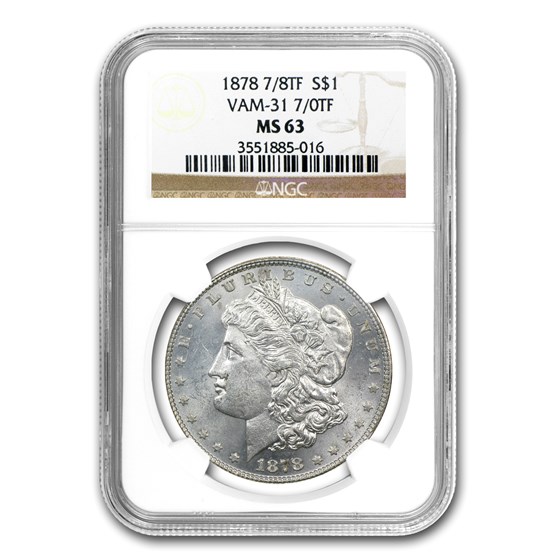 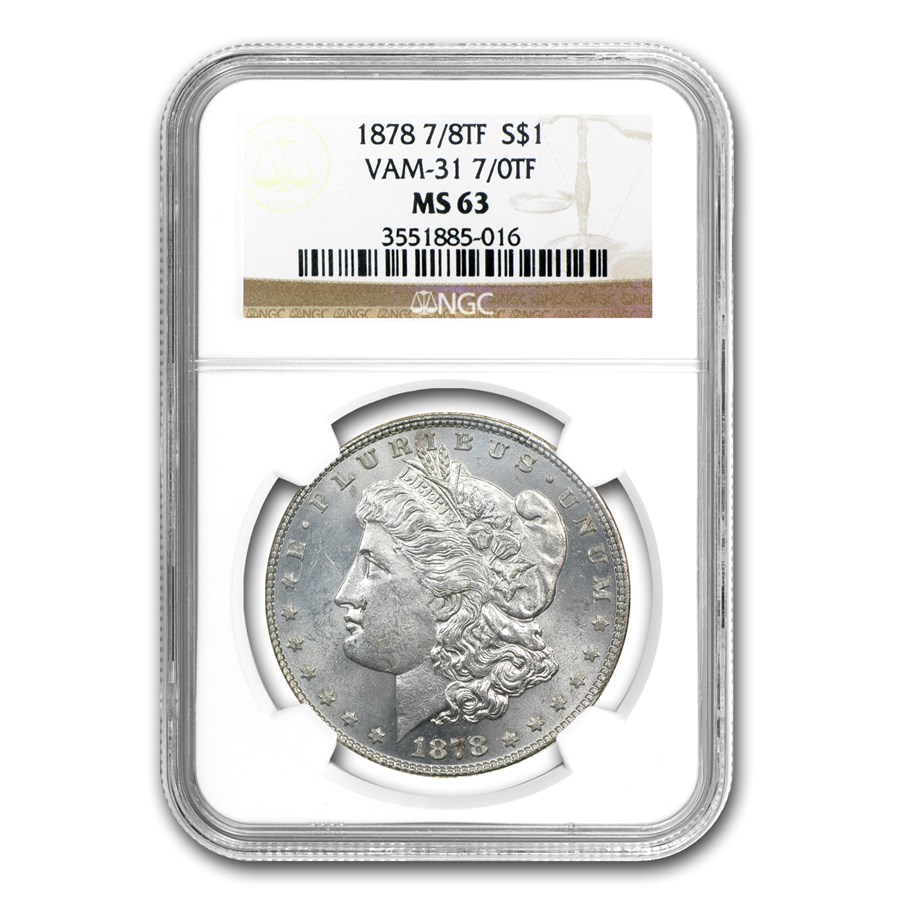 The VAM-45 is part of the 7/8 tail feather set, because it is a 7/0 reverse type. Although no tail feathers are visible, there is extensive doubling and die polishing around the eagles legs, definitive evidence of the conversion from an 8TF reverse die.