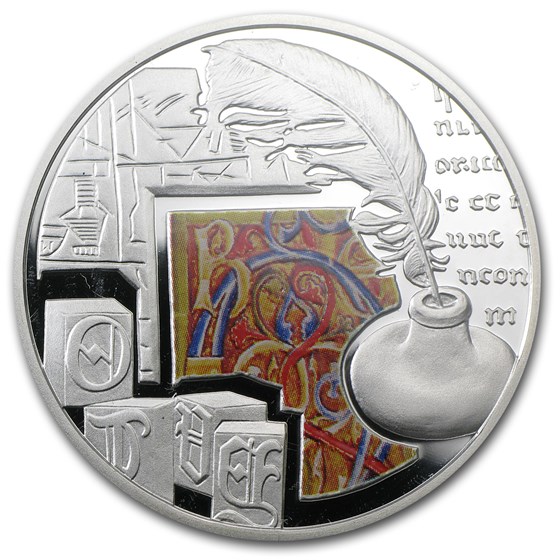 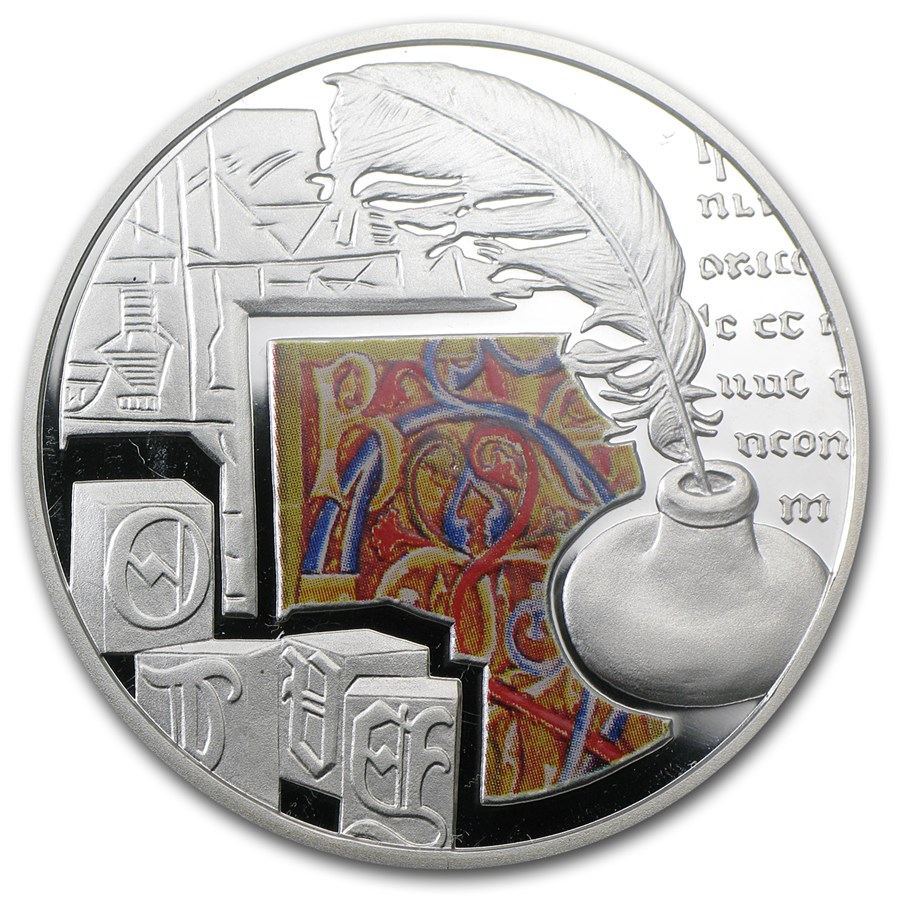 Mintage of only 6,000 coins!
This beautiful .925 Silver Proof coin depicts one of the most important human discoveries, writing, which had a fundamental impact upon the evolution of humankind.

In the central part on the reverse side of the coin is an ornamental letter in pad printing technique. In the background and to the left is the original Uruk tablet, which dates back to the latter half of the 4th millennium BC, being a proof of the first writing. Also included on the reverse is an image of metal type invented by Johannes Gutenberg, an inkwell and feather.

Her Majesty Queen Elizabeth II and the mint's mark appears in the central part of the obverse. Around the entire coin are scenes showing the development of writing across the ages. Each coin comes encapsulated and with a certificate of authenticity from the Mint of Poland.