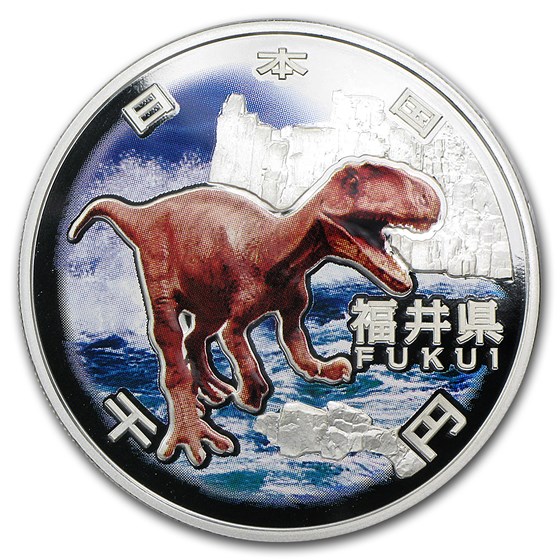 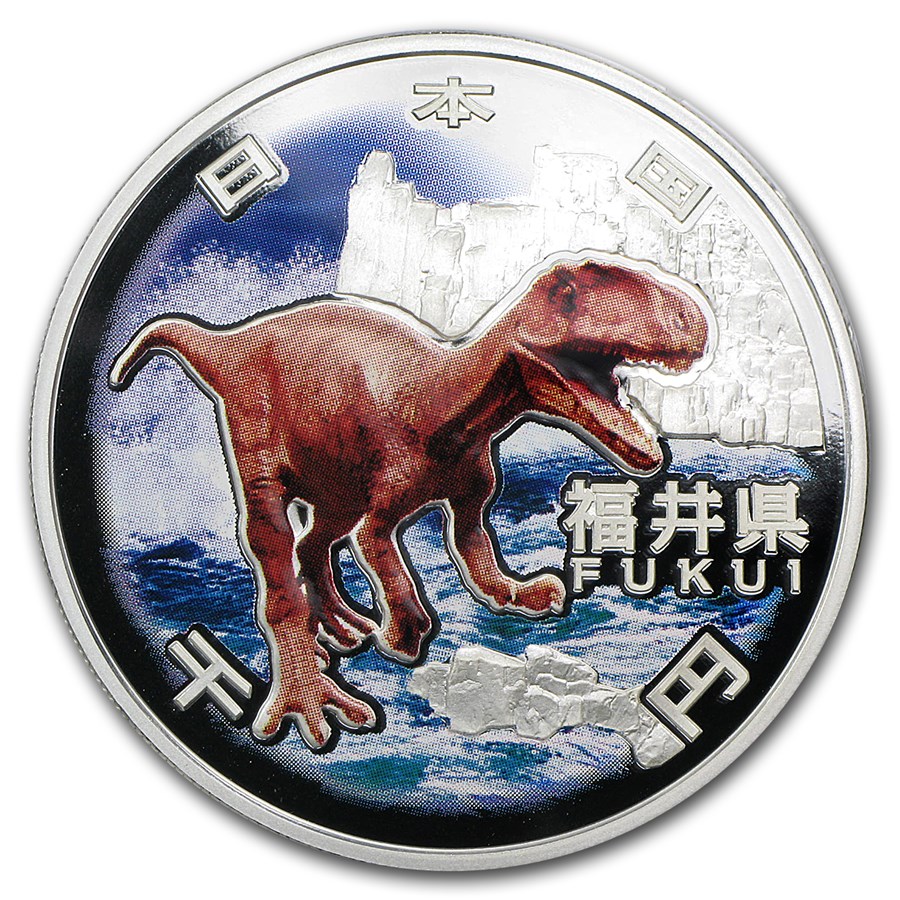 Only 10,000 available outside of Japan!
Of the 100,000 Fukui coins available worldwide, only 10,000 can be acquired outside of Japan. Fukui is the 2010 issue of the 47 Prefectures of Japan Series. This Silver Proof colorized 1,000 yen coin from the Japan Mint is the 10th of the series and is dedicated to the Fukui prefecture.

Fukui is located in the Chubu region on Honshu Island and famous for the Kitadani Dinosaur Quarry on the Sugiyama River. The reverse is an image of the Fukuiraptor, a meat eating dinosaur from around 120 million years ago. The fossil was found in Fukui Prefecture. The obverse is common to all Silver coins issued in the 47 Prefectures Series and contains a composite design featuring snowflakes, a crescent moon and cherry blossoms.

To mark the 60th anniversary of Enforcement of the Local Autonomy Law, the Japan Mint launched "Japan 47 Prefectures Coin Program" in 2008. In this program, there will be Silver colorized coins of 47 prefectures in Japan issued over an eight-year span. Each coin is encapsulated and housed within an official display case with full-color packaging that doubles as a certificate of authenticity.